I've reviewed the other Munsters action figures Herman, Lily, and Grandpa, already, so I don't want to waste a lot of time going over the same stuff.  The packaging for Marilyn & Eddie is the same as the other figures, and like the other figures, the stuff inside is secured by a bunch of pain-in-the-butt twist ties.


The accessories that come with this package are a little sparse, especially compared to the Grandpa figure.  Marilyn comes with a book, I guess just because they couldn't think of anything better to give her.  Eddie comes with his Wolf-Man doll, which is pretty sweet.  It also comes with a giant collar for Spot, the Munsters' pet dragon that lives under their stairs.


The figures are about the same quality as the other figures, and have the same decent level of articulation.  My Marilyn figure has a tendency to lean backwards a bit... not to the point of falling backwards, just enough to make her posture a little strange unless you work at getting her pose just right.

Overall, these are fun figures, and they pair great with the rest of the Munsters, as well as other monster action figures.

This is my last post for the Halloween Countdown, I hope you enjoyed it!  Check below for more pictures of Eddie and the gang.  In November I'll have more movie and toy reviews (including a bunch of Batman 1966 stuff) and I'm going to start reviewing season 2 of the 1970's Hardy Boys TV show, so I hope you'll keep coming back for more!

BONUS!  MUSIC VIDEO:
Eddie and the Monsters (Butch Patrick) - Whatever Happened to Eddie? 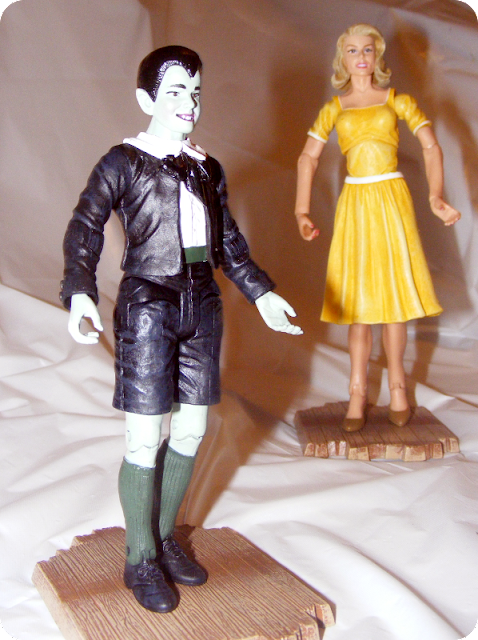 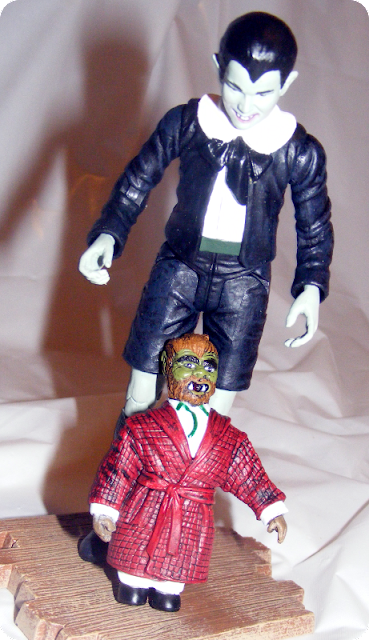 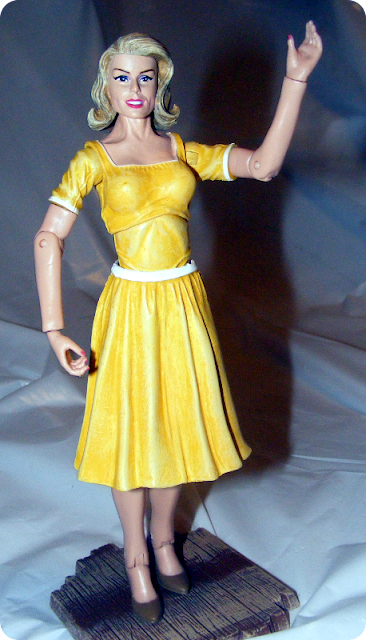 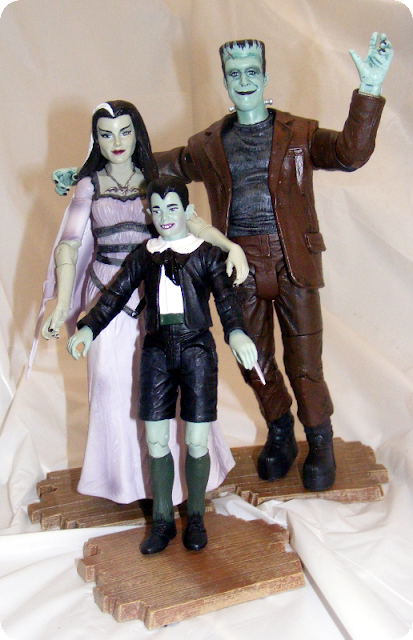