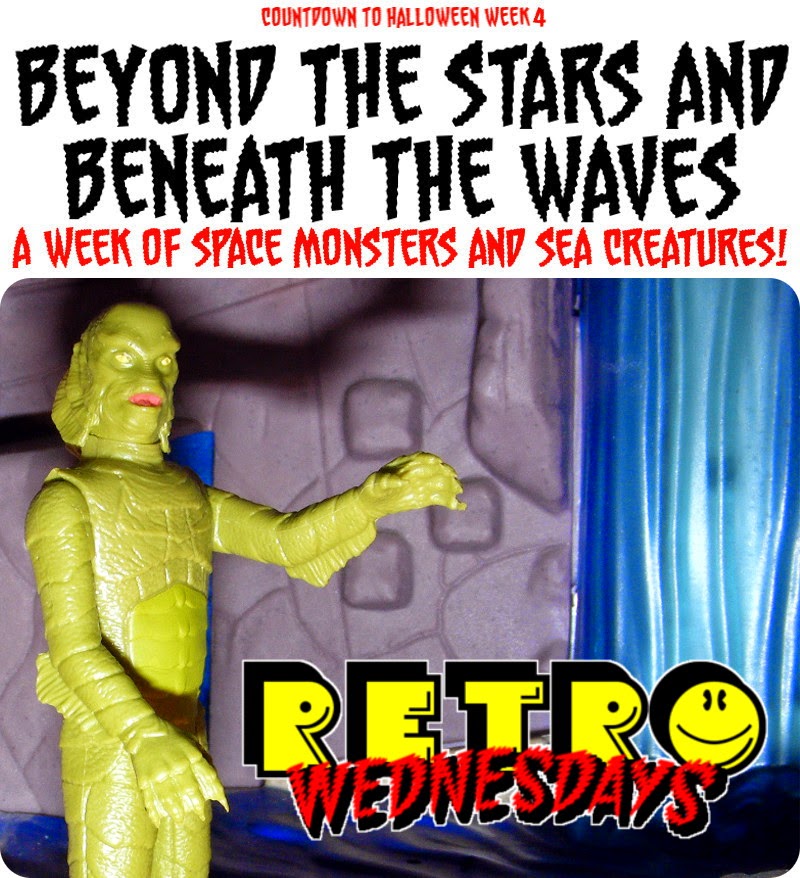 Frankenstein's Monster and the Bride of Frankenstein are my favorite characters from Funko's Universal Monsters ReAction figures.  The Invisible Man is probably my favorite design of all the figures.  But The Creature From The Black Lagoon I think has the best sculpt.  The figure itself is pretty much all green with a few minor paint apps, but the detail work in the sculpt is really great, so it doesn't need a lot of paint on it.  All of his major scales or segments are depicted, with lots of fine lines on the fins, and a fish scale pattern all over him.,  All of those little details help bring this character to life.  It comes in a regular green version, and rare glow-in-the-dark version.  I've only gotten the regular version, so far, but I'm going to keep my eyes peeled for the glow version.  Check out some photos of the Creature after the break. 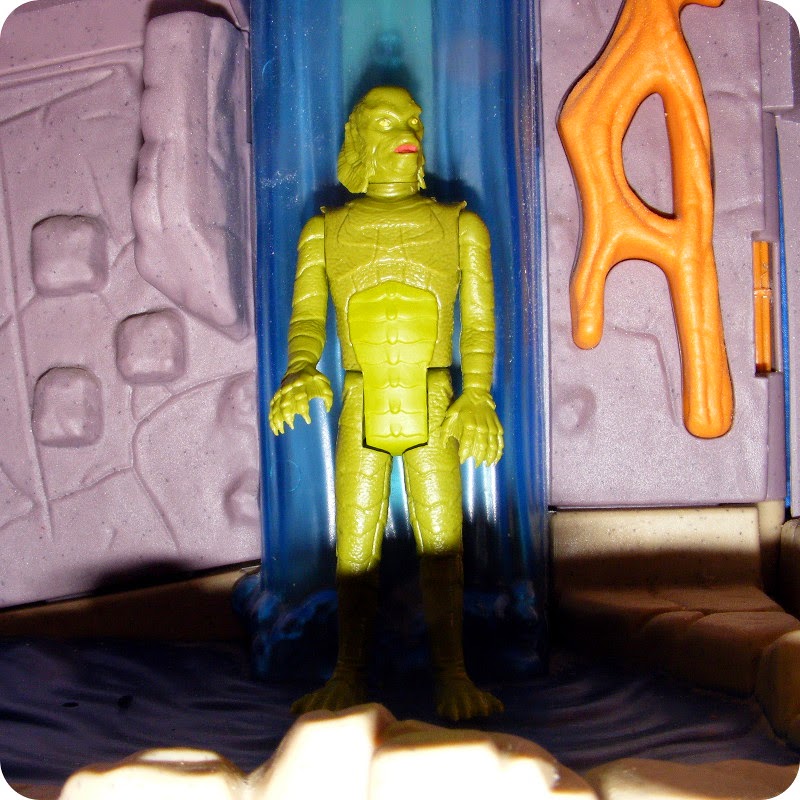 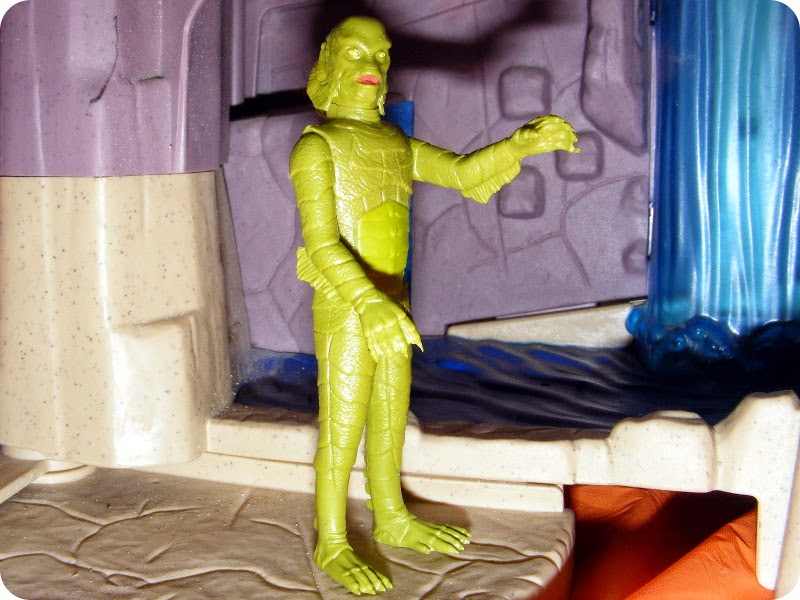 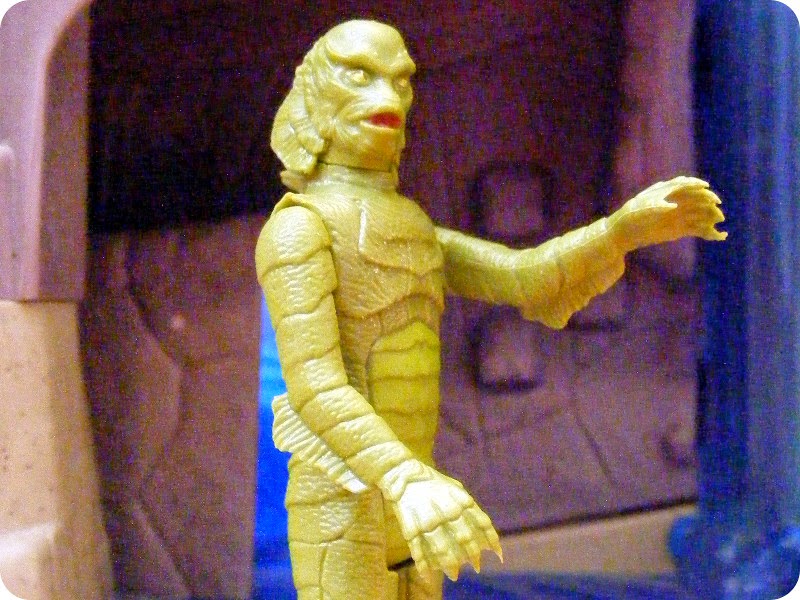 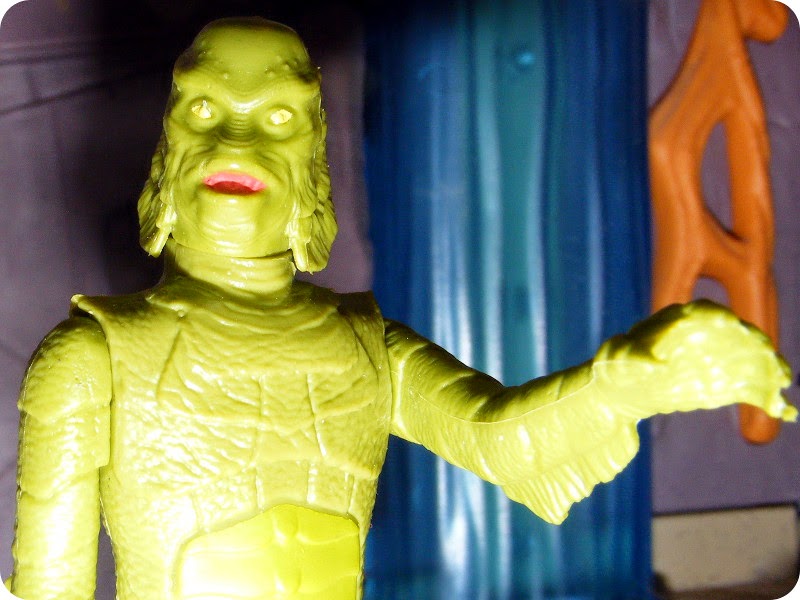 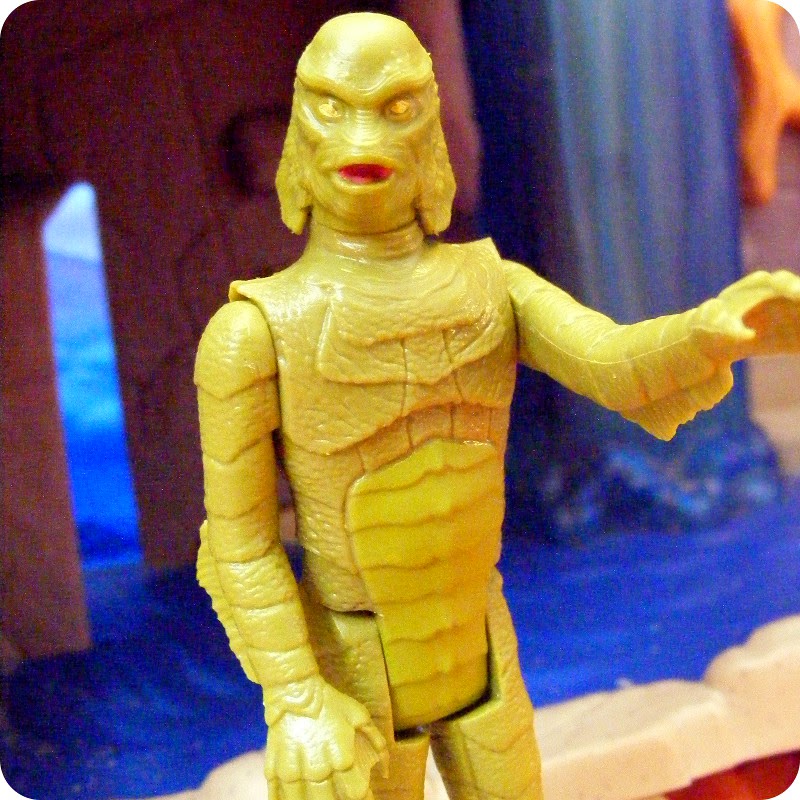 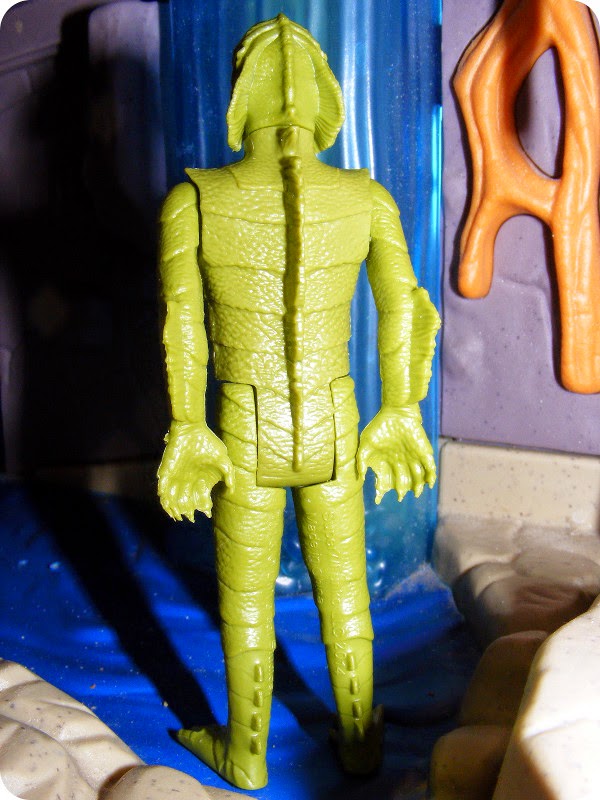 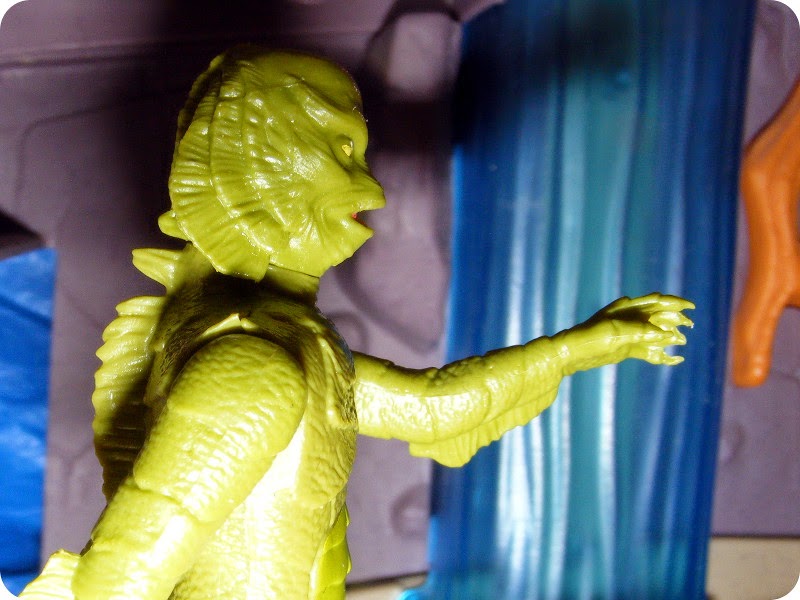 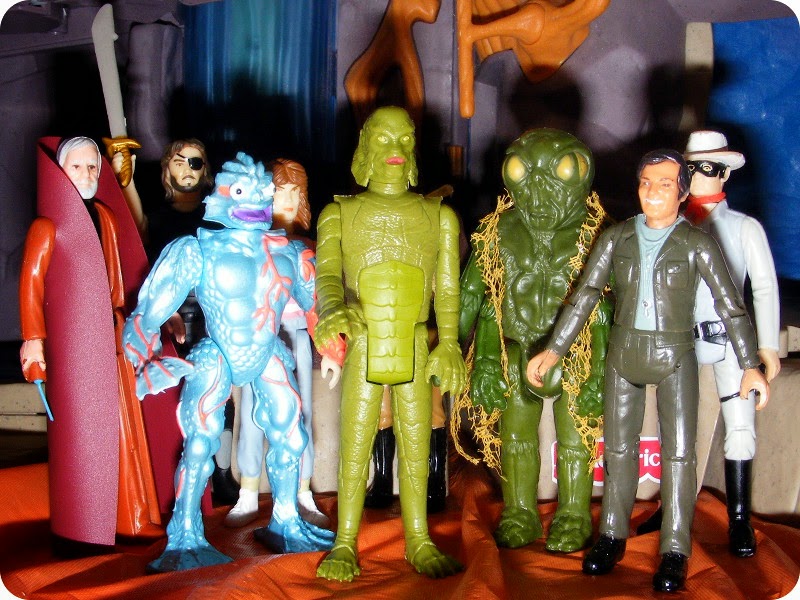