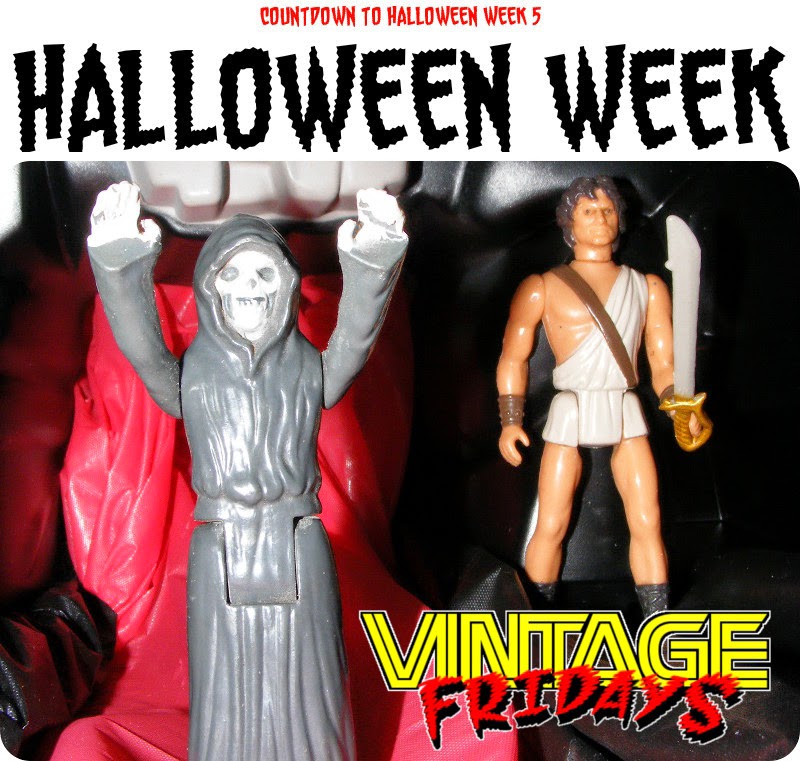 For my second post of the day on this fine October 31st, I'll be looking at Charon: a 1981 action figure from Mattel's Clash of the Titans line, based on the Harry Hamlin starring film of the same name. Charon is the skeletal ferryman who ferries passengers across the river Styx.  We'll cross the Styx together... after the break!


I didn't collect Clash of the Titans figures when I was a kid, but I did have this one.  He was just too cool to pass up.  However, in my play, he wasn't Charon the Ferryman, he was The Grim Reaper.  I even made a scythe for him out of a twig and some aluminum foil.  Mattel originally packed the figure with a sword.

Charon is cast in gray plastic with a bit of paint for his skull and hands.  But for this figure, that's all he needs.  He only has three points of articulation:  both of his arms, and at his hips.  He doesn't have separated legs, the bottom of his robe is one piece.


Charon is very simple, but cool, figure.  I loved him as a kid, especially when I was going through my heavy metal phase, and I love him now that I own him again as an adult.  Now I just need to find a twig and some tinfoil, and I'll be all set.