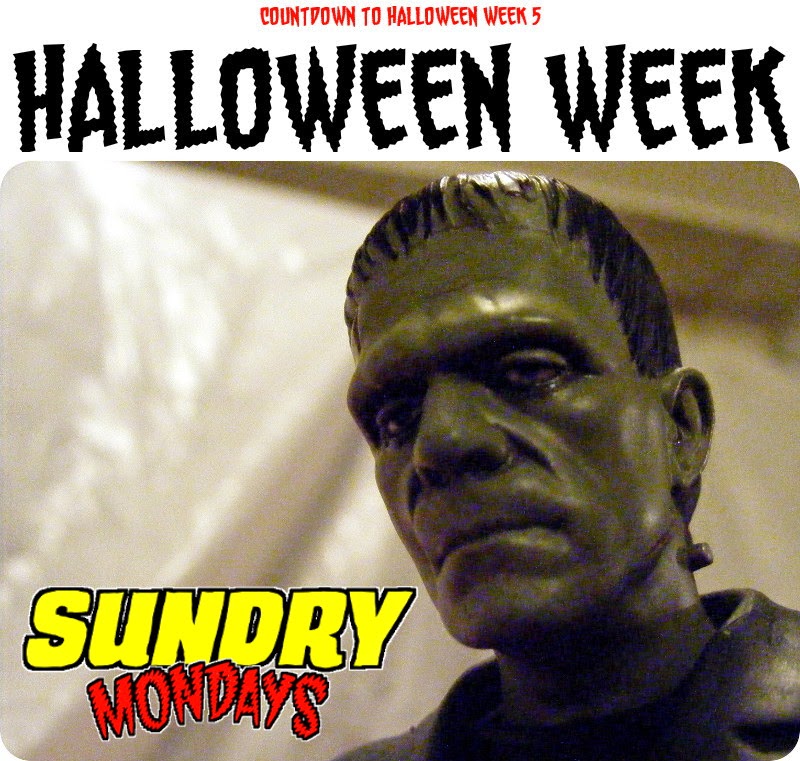 Halloween is almost here!  Yeah, I know I already had a Frankenstein theme during week 2 of the Countdown to Halloween, but this is week 5, where anything goes... and you can never have too much Frankenstein!  So let's check out Sideshow Toys' Boris Karloff as Frankenstein's Monster action figure after the break!


Sideshow's Frankenstein Boris Karloff figure came in a blister card with a yellow and purple color scheme.  I'm not super fond of those colors, but aside from that, the card is pretty good, and it has a weird, liquefied looking edge on the card, like it was a pool of blood or slime, which is cool.  Inside, the figure and accessories are held securely in place by the plastic tray, without the need for a single twist tie.

The package contains one action figure, a torch, two sets of manacles, and a base.  The base has a peg that fits in a hole in the figure's foot to secure it in place.  The base also has a place to attach a set of the manacles, so you can chain the monster to the base to keep him from escaping.  The manacles are made of a softer plastic or rubber type material that bends to allow you to place them over the monster's wrists.  The monster can hold the torch in his left hand, although he's afraid of fire, so that's kind of an odd thing for him to hold.  Perhaps we're supposed to use another action figure to play lab assistant Fritz and torment the monster with the flame? 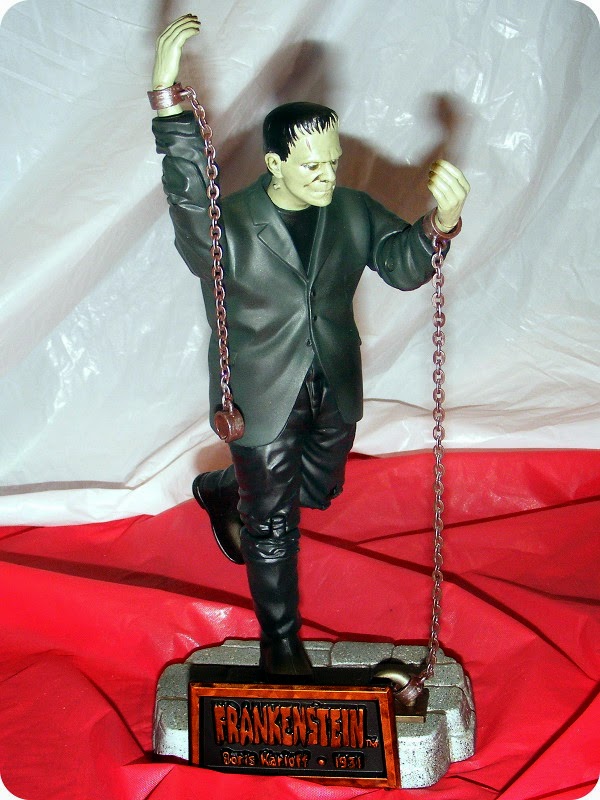 The figure has a pretty decent amount of articulation, with hinges at the elbows and knees and cut joints at the hips, shoulders, wrists, and neck.  It's much. much better than Diamond Select's version of this figure, which was more like a statue than a true action figure. 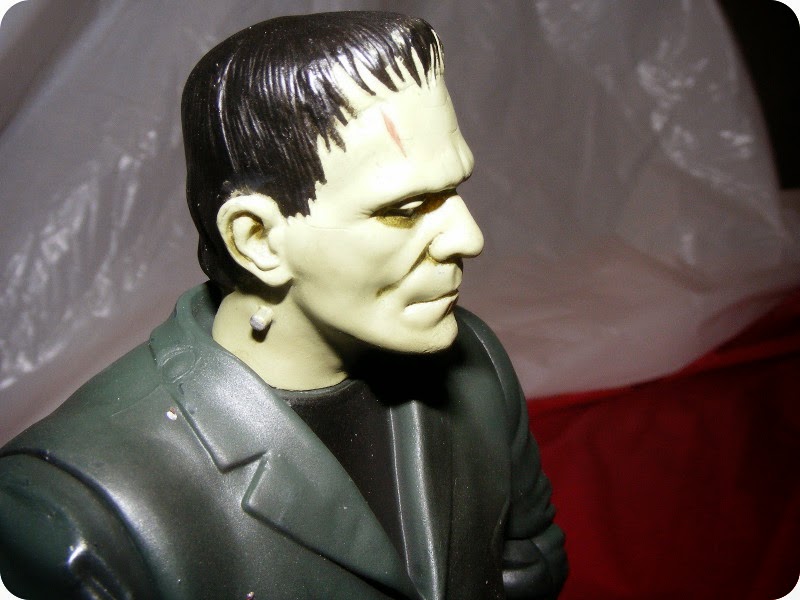 The sculpt on this figure is where it really shines the most.  I think it's one of the best likenesses of Boris Karloff as Frankenstein's Monster that I've ever seen on an action figure.  The paint is a bit on the minimal side, and his clothes in particular could have used a paint wash and some texture to them, as they look a bit too plastic.  But the paint that is there is used very well, and overall it's a great looking figure. 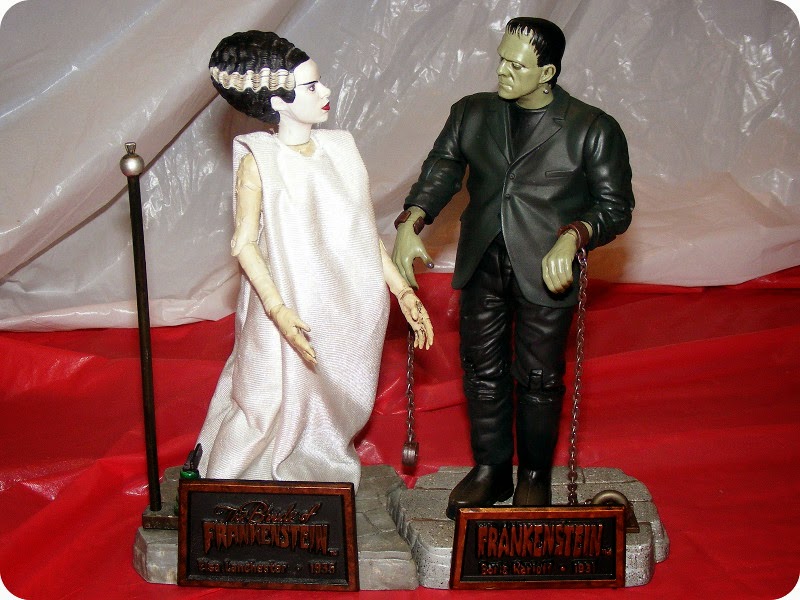 Another neat feature:  if you have Sideshow's Bride of Frankenstein figure, the two figures' bases fit together, making for a really nice display. 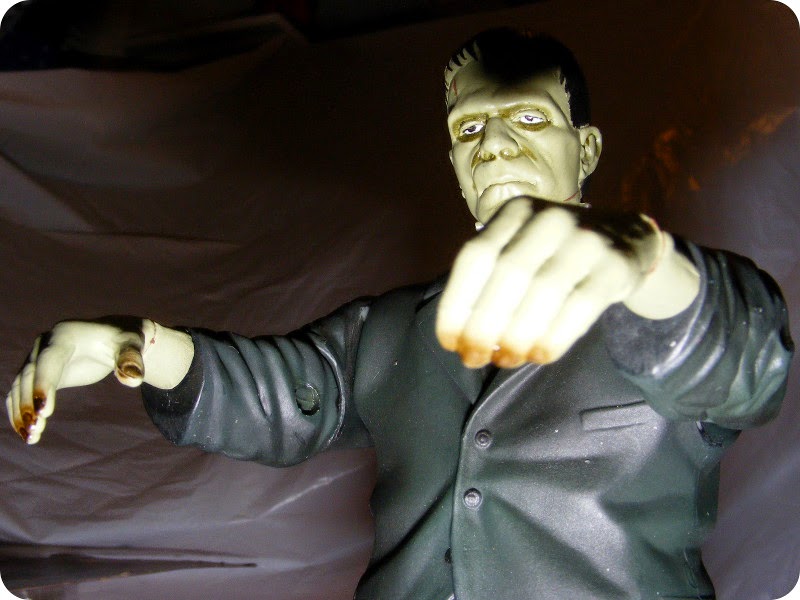 Boris Karloff's Frankenstein Monster is one of my favorite characters of all time, and I've got a bunch of different figures of him.  But this is hands down one of my favorites.  It's easily the best version of Frankenstein's Monster in this scale (he's probably around 9 inches tall).  This is a great figure to add to anyone's monster collection. 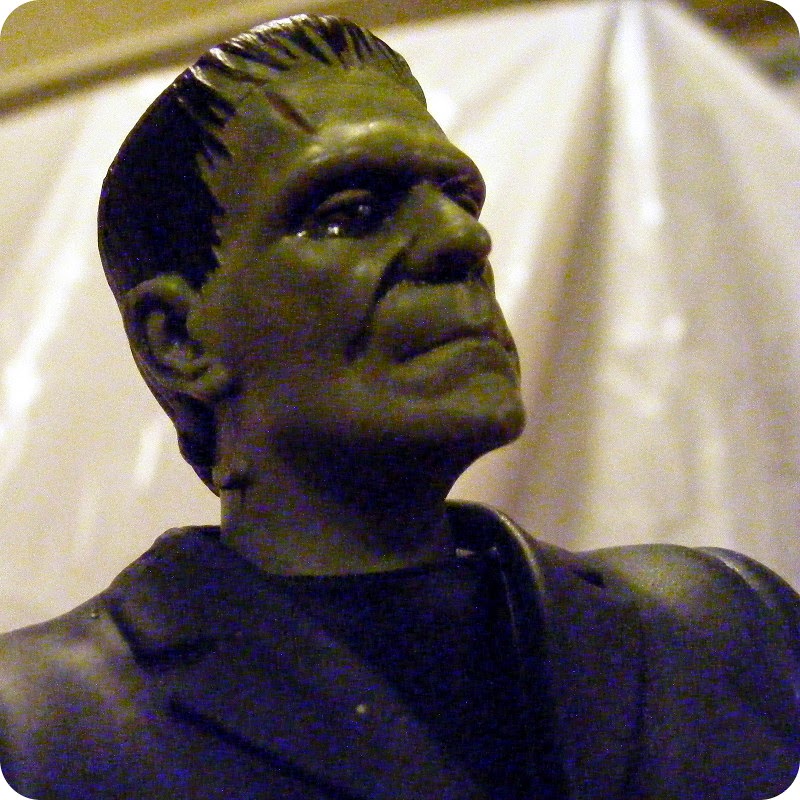 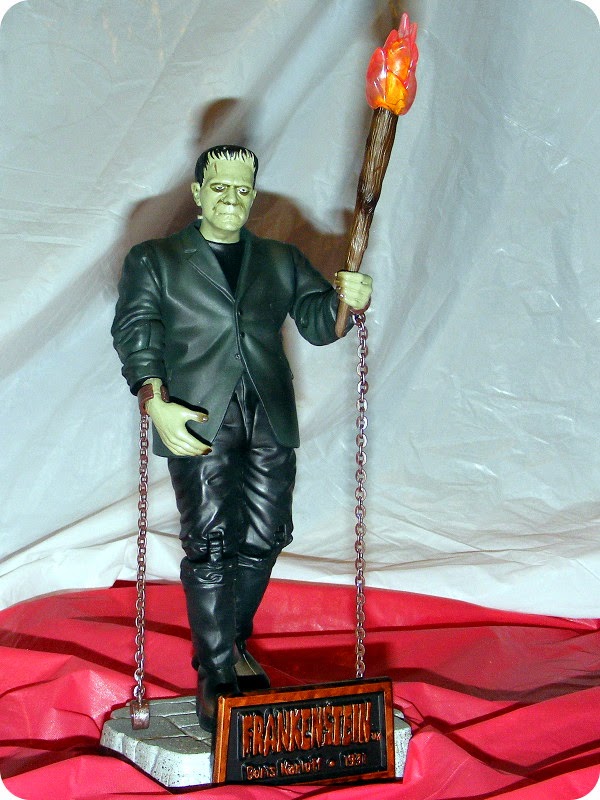 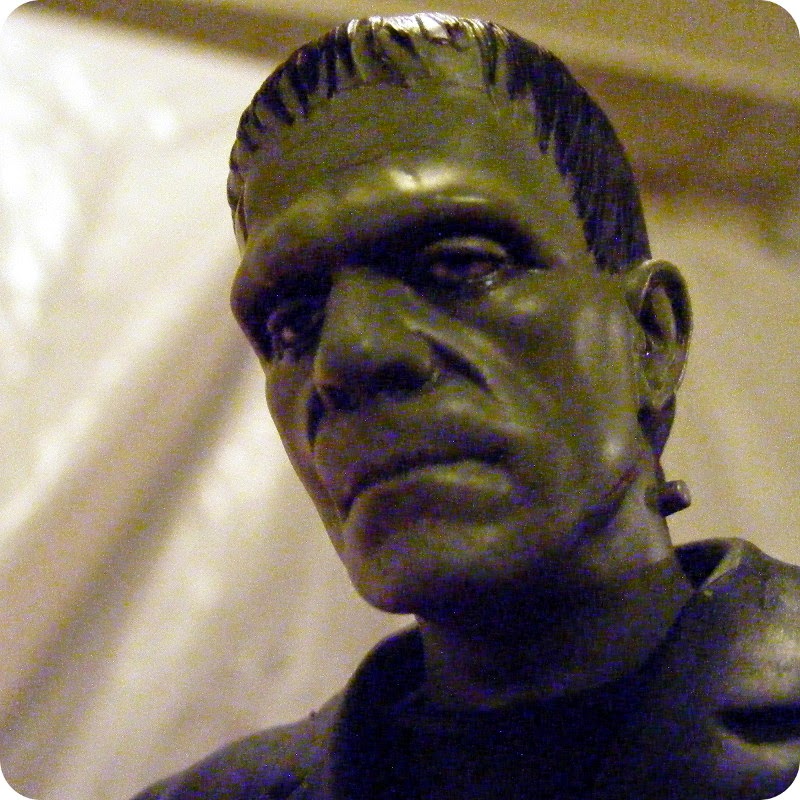 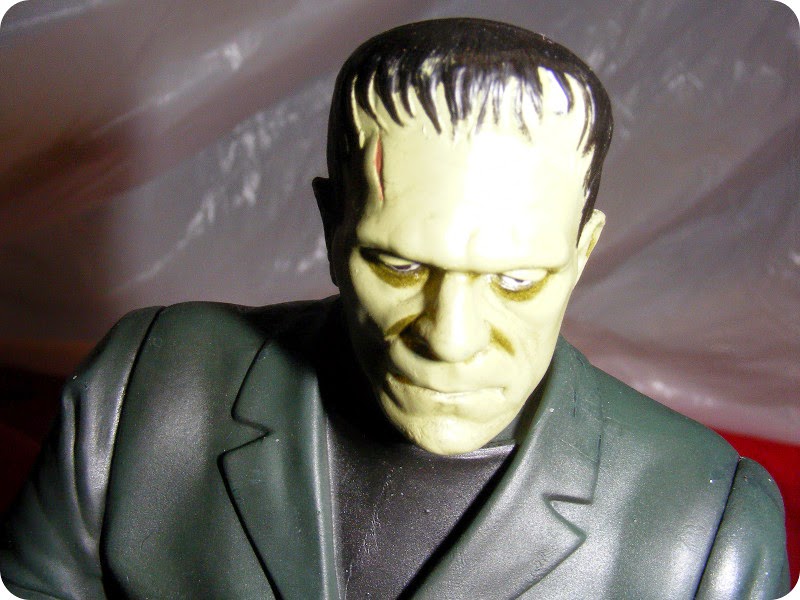 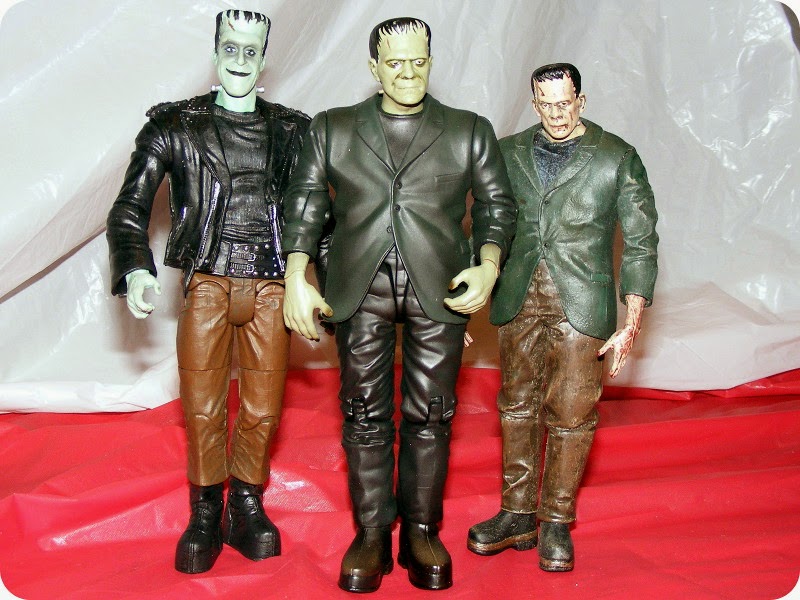