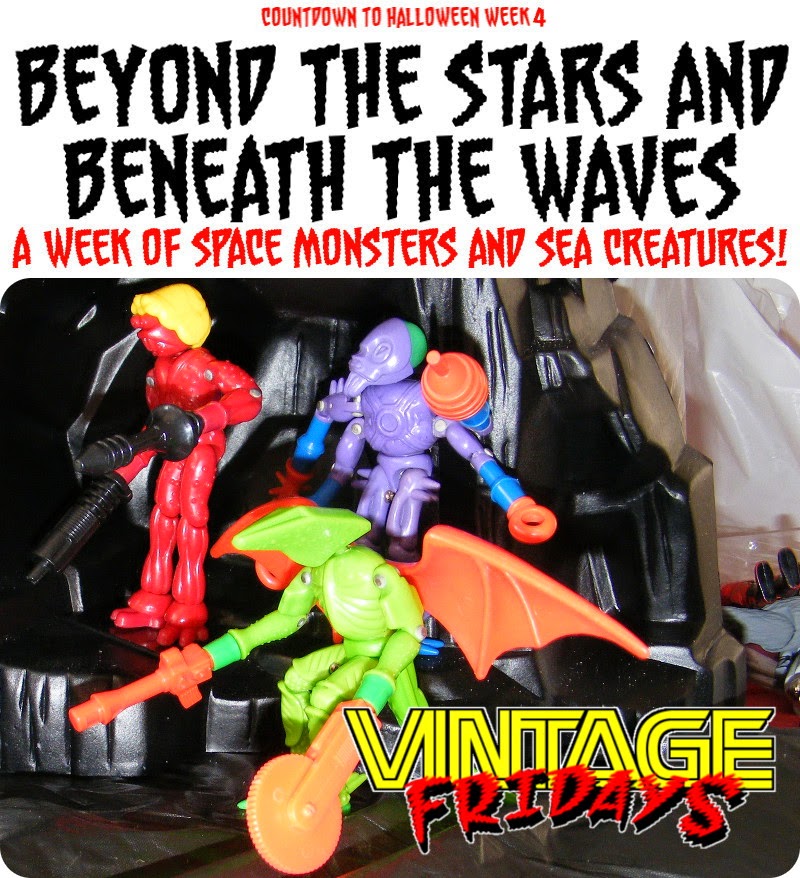 "Horrifying alien invaders from an unknown planet, with giant brains that glow in the dark!"  They were the Micronauts Alien Invaders, released by Mego in 1980, shortly before the company went out of business.  They were evil aliens with cybernetic weapons implanted onto their limbs, turning them in to living killing machines.  Let's take a look at these terrifying Space Invaders after the break!

Series 4 of the Micronauts in 1980 was the last full wave of figures released by Mego before the company went out of business. And it's a shame that they went out of business when they did.  With  their previous Micronauts figures, Mego had just reused existing toy molds from the Microman series in Japan.  But with the the Alien Invaders, Mego finally came up with their own original designs, and they were really cool.  There was a final Series 5 with even more original creatures, but the distribution on those toys was really spotty, and they were mostly just available in Italy.


There were three Alien Invader action figures released in series 4: Repto, Membros, and Antron.  Each one came with a removable glow-in-the-dark brain, plus interchangeable weapons that snapped into place on their limbs. 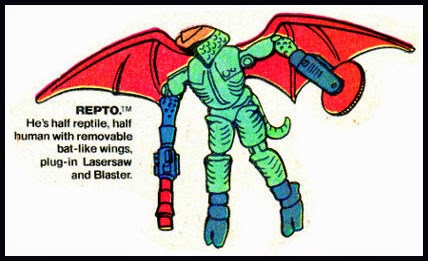 Repto is a scary, pterodactyl looking alien.  He's molded in light green plastic, with a darker green used on his feet and his wrist cuffs.  He has three red plastic accessories: bat wings, a laser gun, and a buzz-saw. 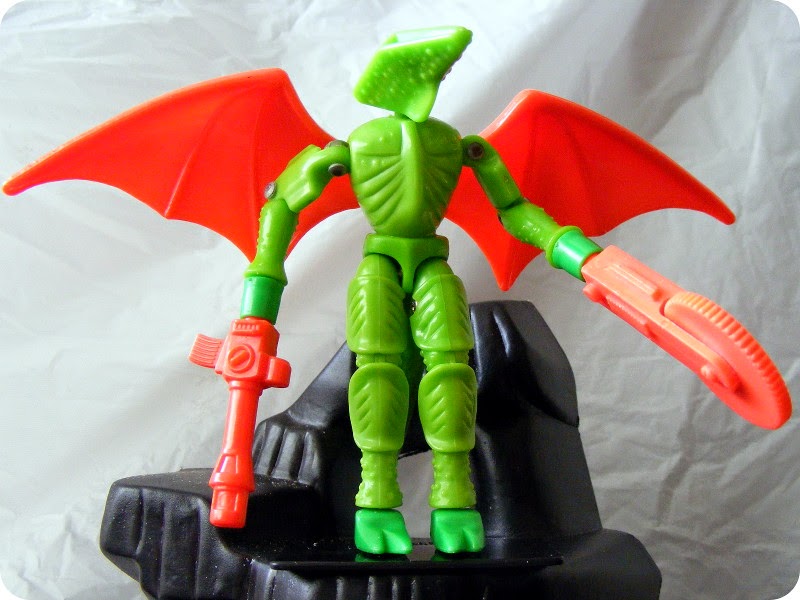 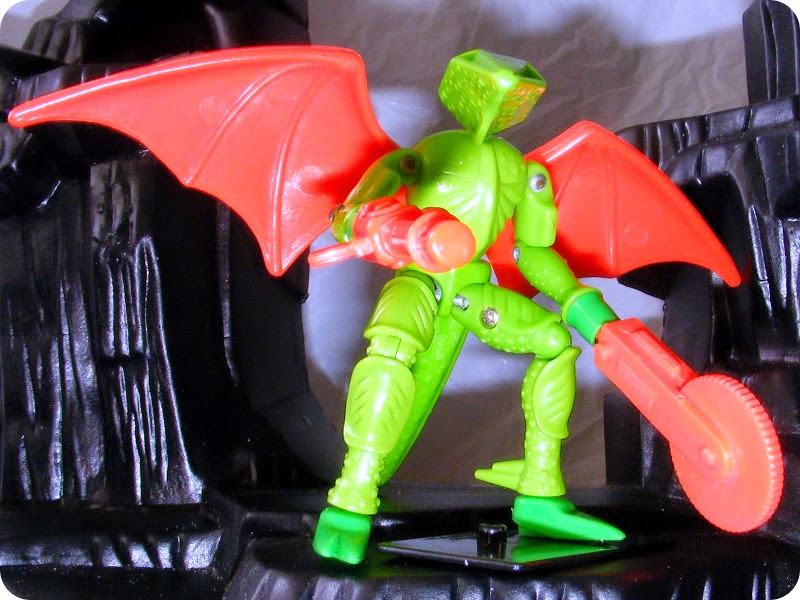 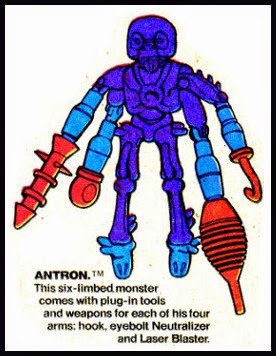 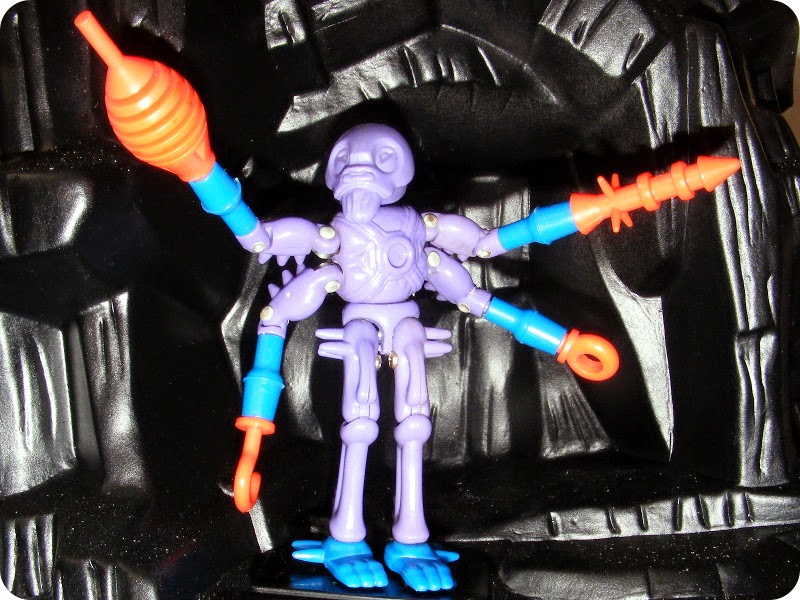 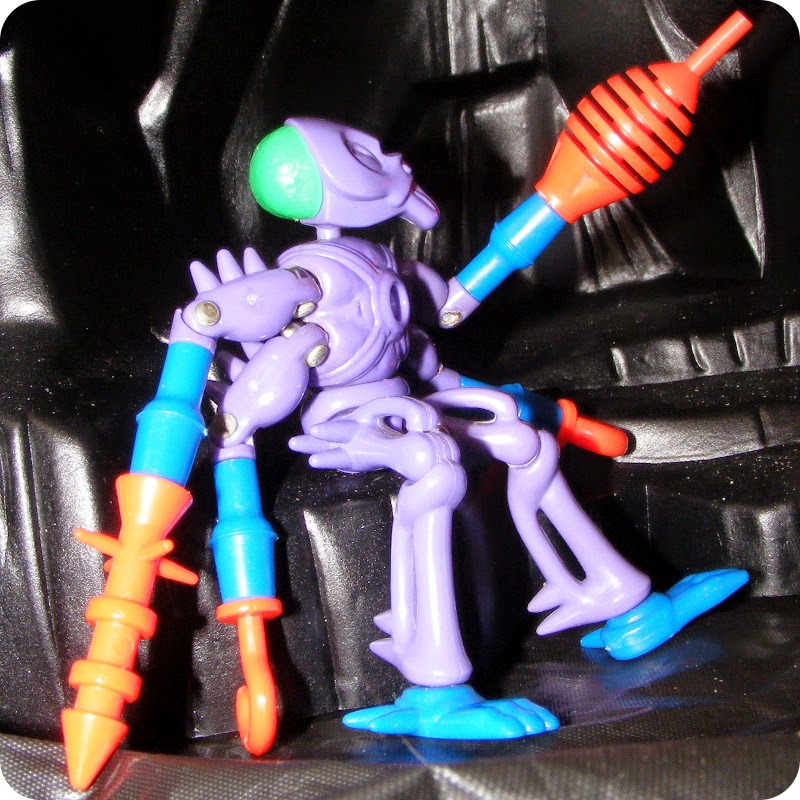 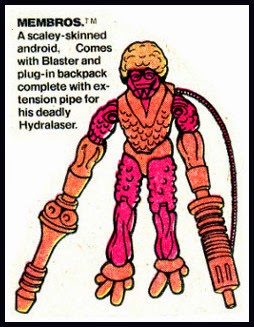 Membros might be the weirdest looking of the three.  I think he might be part snake, part robot.  He came with two weapon attachments, plus a backpack with a hose that ran from the pack to one of the weapons.  He has the largest of the removable brains, and it is so big it kind of looks like curly hair parted down the middle, which is a pretty odd look for a snake robot.  The original figure was molded in red and orange plastic.  My figure is actually a reissued figure that Palisades Toys produced in 2002, and he has an alternate color scheme.  The Palisades reissues also came with a couple of new accessories: an action figure stand, and hands that can be attached instead of the weapons. 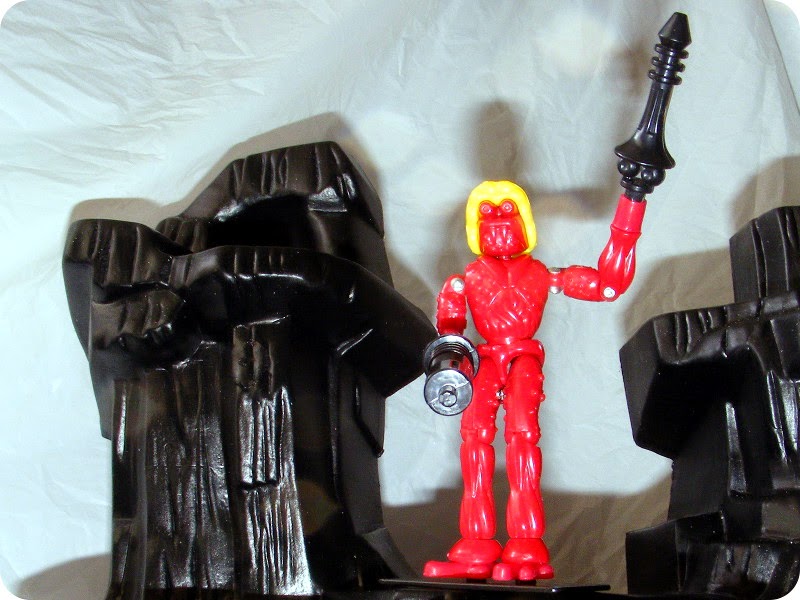 I was huge Micronauts fan when I was a kid, but by the time these figures were released, I was deeply in the throes of "Star Wars Mania."  I remember fantasizing about owning these figures as a kid, poring over their comic book ads, and admiring the figures in the toy store.  But when ever it came time to actually pick out a new toy, I always ended up getting another Star Wars figure or vehicle instead.  I guess i figured I could get the Alien Invaders on my next birthday or Christmas.  I ended up never getting them, but their memory has always stayed with me.  These figures were probably the biggest thrill to come back to and purchase as an adult, it was definitely a childhood fantasy come true.

Posted by Joshua Raymond at 2:09 PM