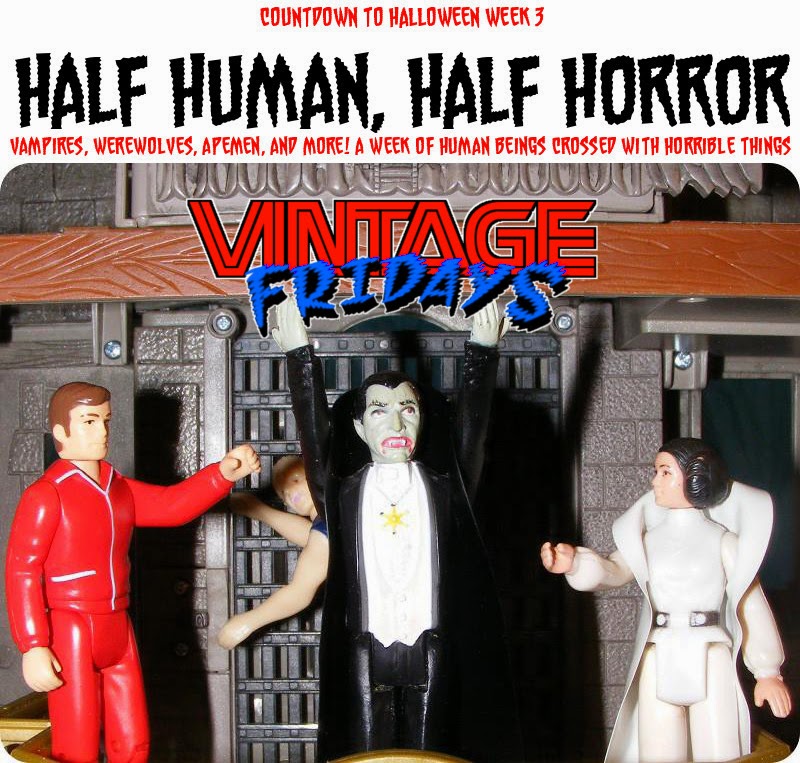 The Mini Monsters were a line of 3 3/4 inch officially licensed Universal Monsters action figures released by Remco in 1979.   They are very similar to classic Kenner Star Wars figures and have the standard five points of articulation.  Dracula originally came with a vinyl cape that was black on the outside and red on the inside, but my figure has a replacement cape of all black.  The action figures joining Dracula in today's photo series are a vintage Kenner Princess Leia, Zica Toys' Six Million Dollar Man, and Funko ReAction's The Goonies Sloth.  One note, my Dracula figure has a piece of paint chipped of off his nose, but I touched it up in the photos.

And now, on with "The Remco Dracula Picture Show..."