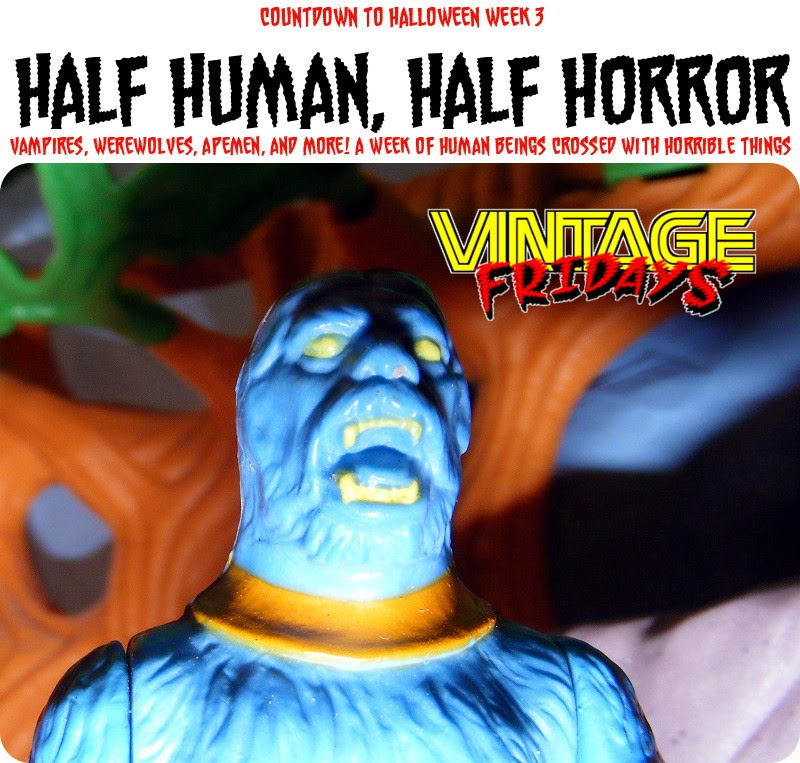 Half human, half gorilla, and half Smurf... if my math is right, that equals one scary monster! It's "Beastman," a figure from Mattel's 1979 Flash Gordon line of action figures.  Let's check him out after the break, in this bonus Countdown to Halloween Thursday edition of Vintage Fridays! 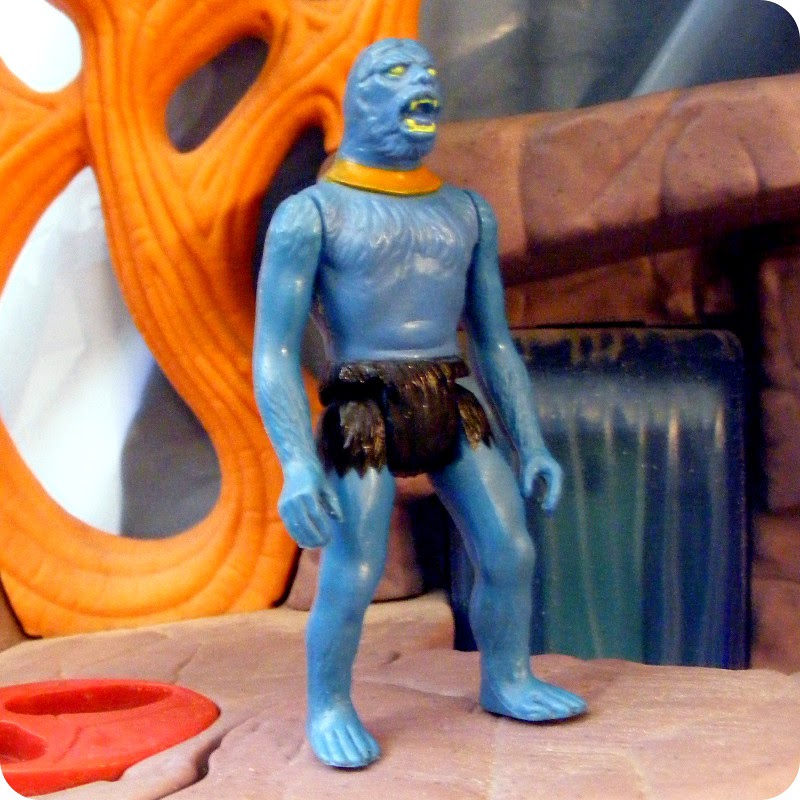 The Beastman is part of a race of apelike humanoids who live on the planet Mongo, and are ruled by Ming the Merciless.  The figure is from Mattel's Flash Gordon line, which was based on Filmation's Flash Gordon animated TV show.  He's from wave 2 of the series, and was released in 1980.  Technically, this is not an individual character, but just one member of the Beastmen species, so this is a good figure if you're in to army builders.  You could build up a whole tribe of these guys to pit against Flash Gordon or other characters.  This figure would work in either a sci-fi or a fantasy setting. 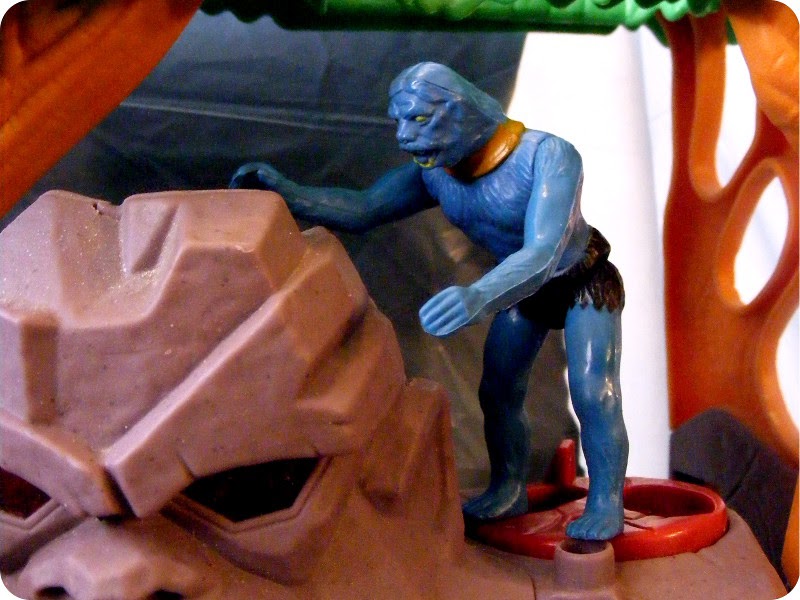 The figure has some great hairy details in his sculpt.  He's cast in blue plastic, with some simple paint added for his loincloth, collar, teeth, and eyes.  he has 4 points of articulation at the arms and legs (none at the neck), and he stands slightly smaller than a Kenner Star Wars figure, but still in the same general scale. 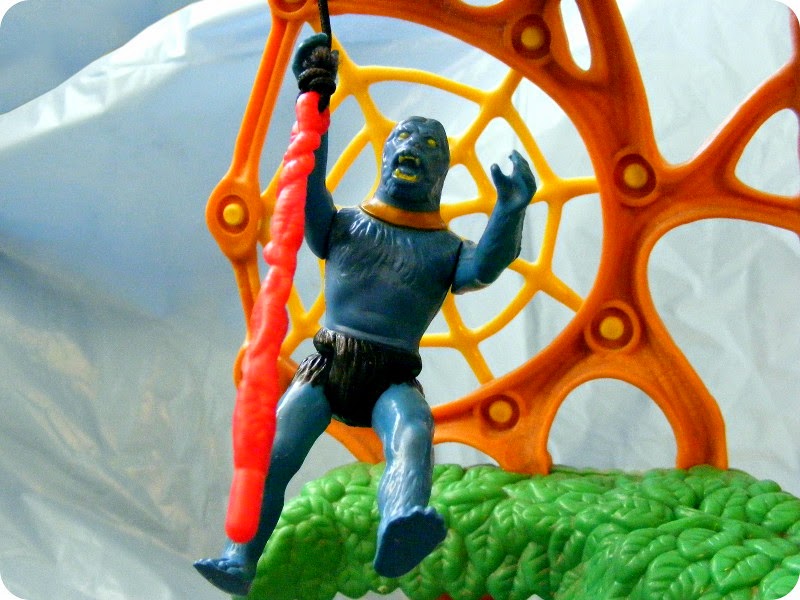 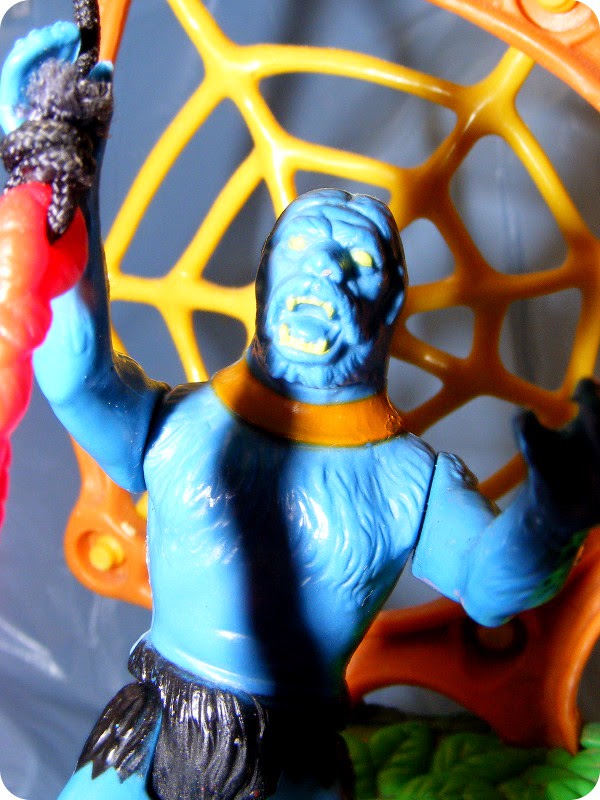 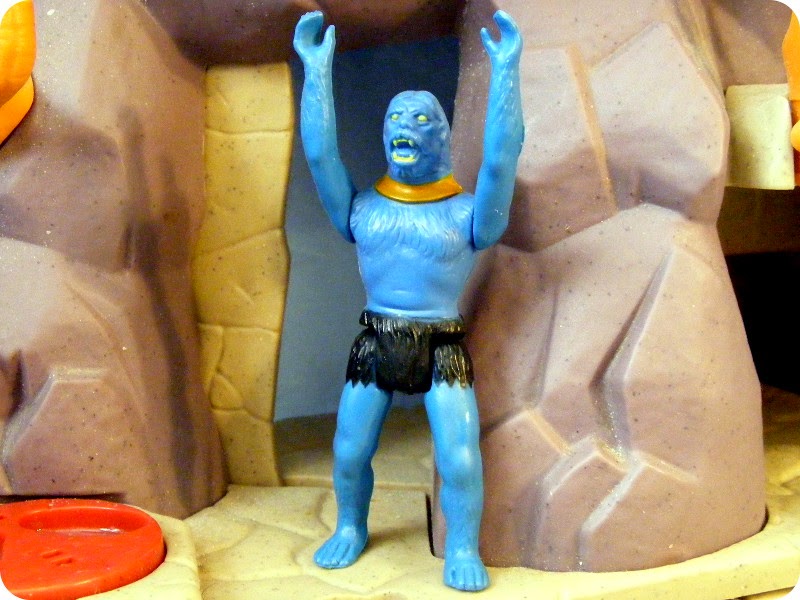 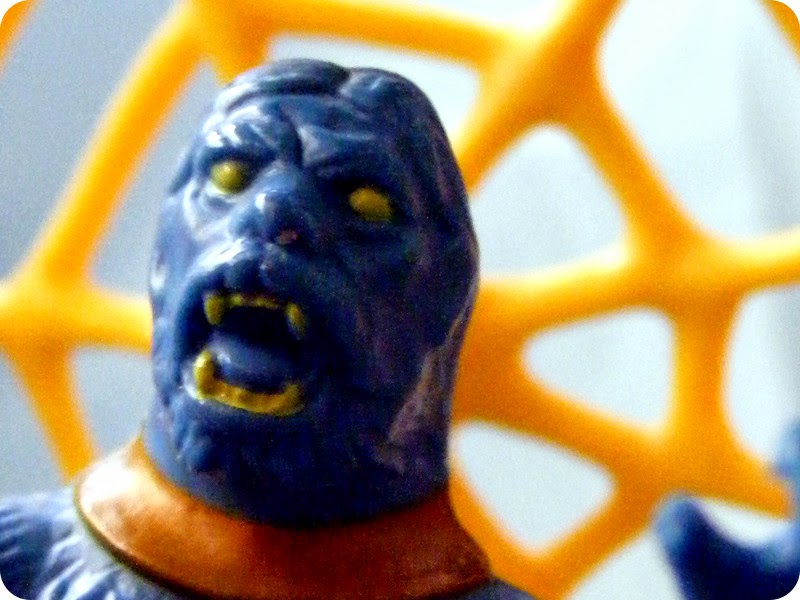 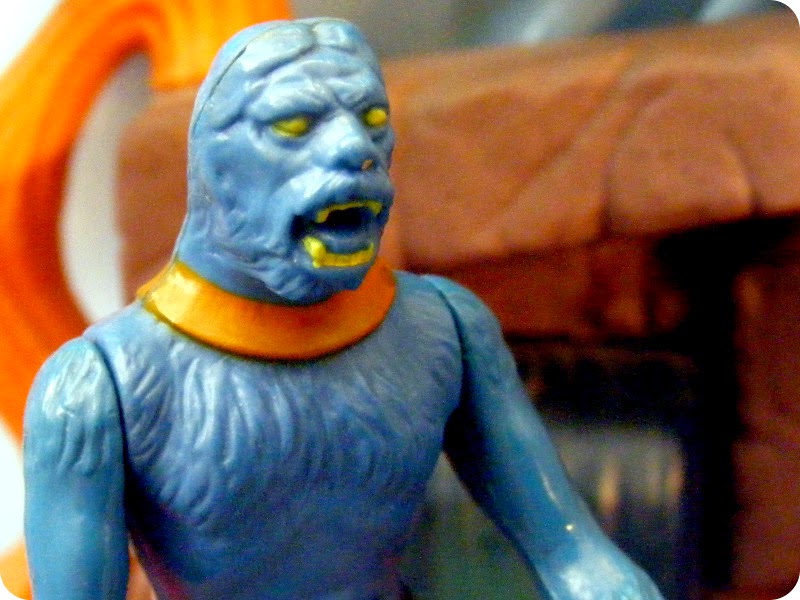 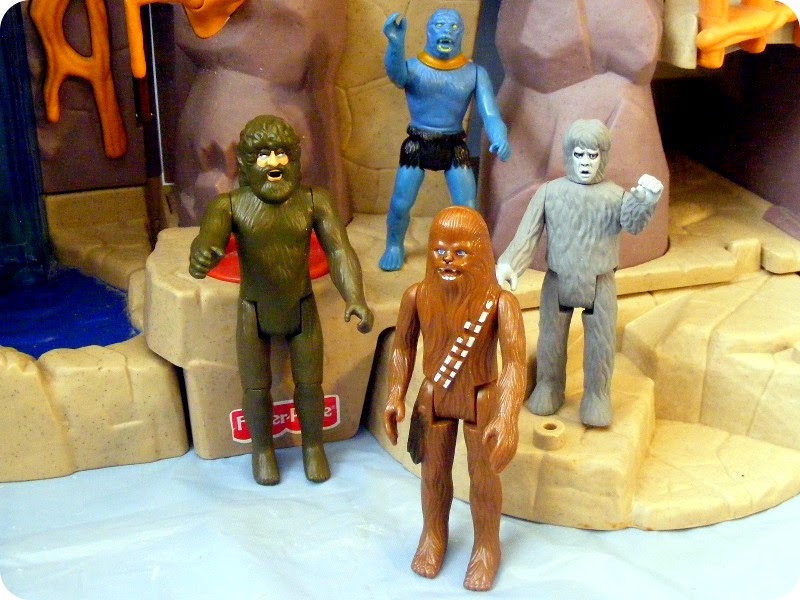 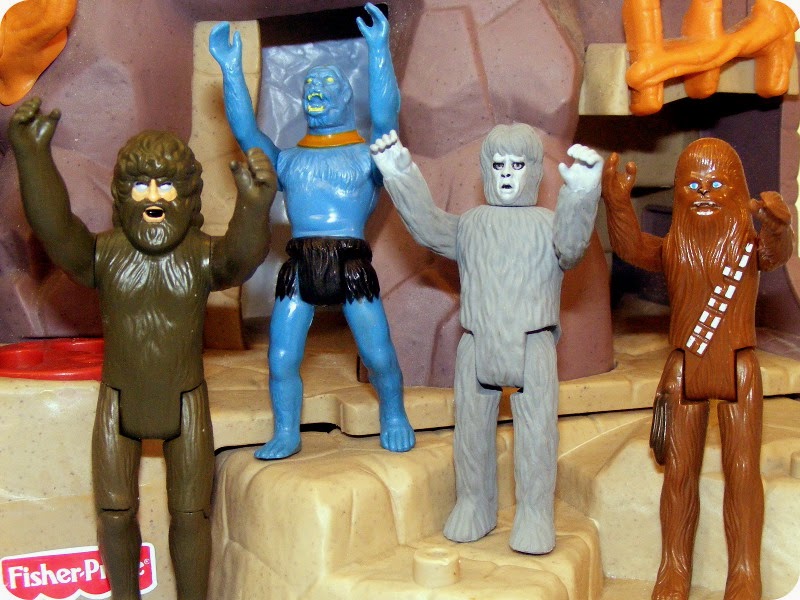 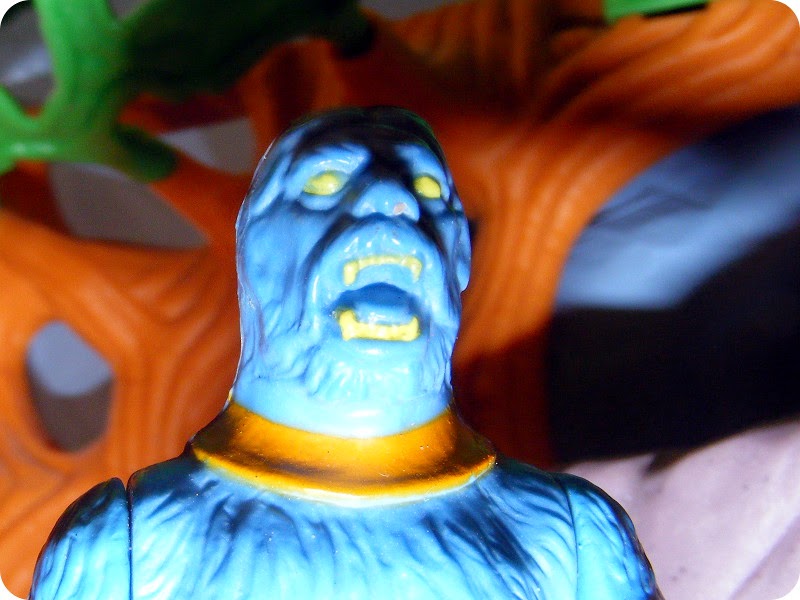 Posted by Joshua Raymond at 1:32 PM