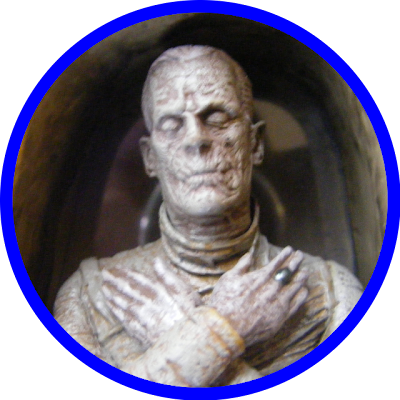 For my second toy review for the Countdown to Halloween, I'll be looking at Diamond Select Toys Universal Monsters Select The Mummy Action Figure. 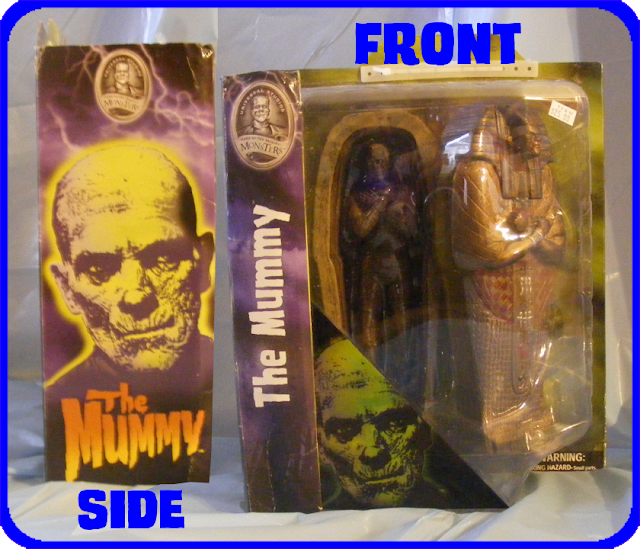 Packaging is fine, basically a big plastic window to showcase the toy.  Bonus points for featuring big graphics of Boris Karloff on the front and side.  No annoying twist ties, so it doesn't recieve the point off that Diamond Select's Frankenstein did in yesterday's review. 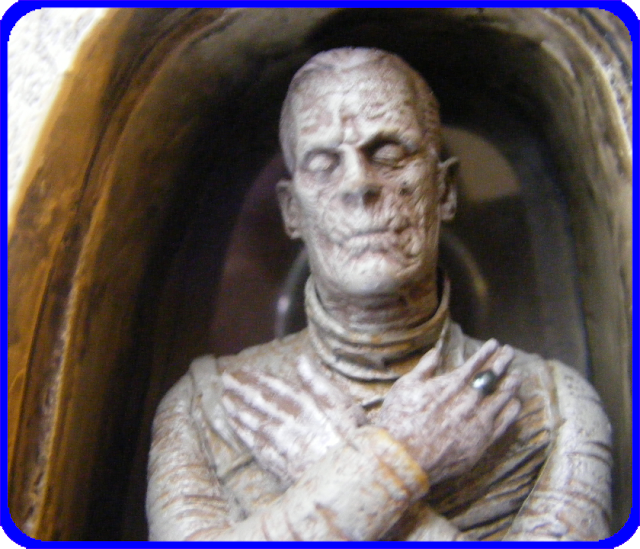 I like the sculpt of this one quite a bit.  The sculpt is a really good likeness of Boris Karloff as the Mummy, better than their version of Boris Karloff as Frankenstein's Monster.  The paint job is adequate.   The figure looks kind of rotten and old, as a thousand year old mummy should, but there is a bit of paint running off on his ring.   The sarcophagus paint is scratched up, which is probably intentional to make it look aged.  But the paint on the wrist band of the sarcophagus is really sloppy looking, just slopped on with a brush in uneven strokes . 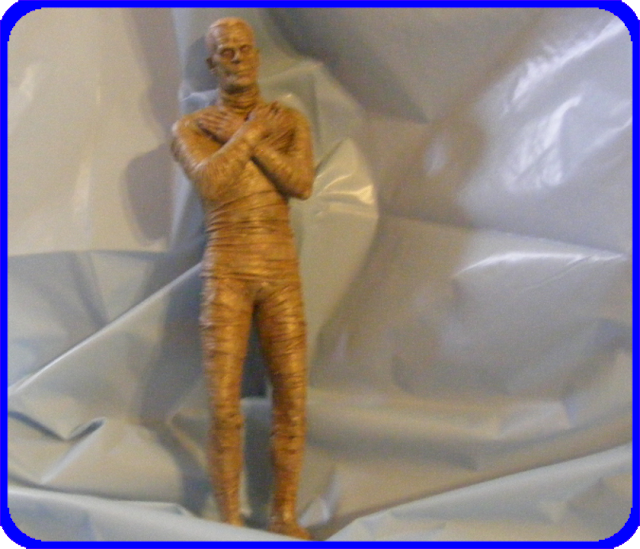 His head turns slightly.  That's it.  His arms are permanently molded crossed over his chest.  This figure, even more so than the Frankenstein's Monster figure I reviewed yesterday, is a plastic statue, not an actual action figure.  Again, that's fine if you just want this to stand on your shelf and look cool, but not that great if you actually want to play with it as a toy, or come up with some interesting poses for it.  The figure also does not stand very well on it's own, which was not a problem with the Frankenstein figure, although it does have some holes in his feet if you want to purchase an action figure stand to stand him on.  Finally, the lid of the sarcophagus does not fit snugly in to the coffin. 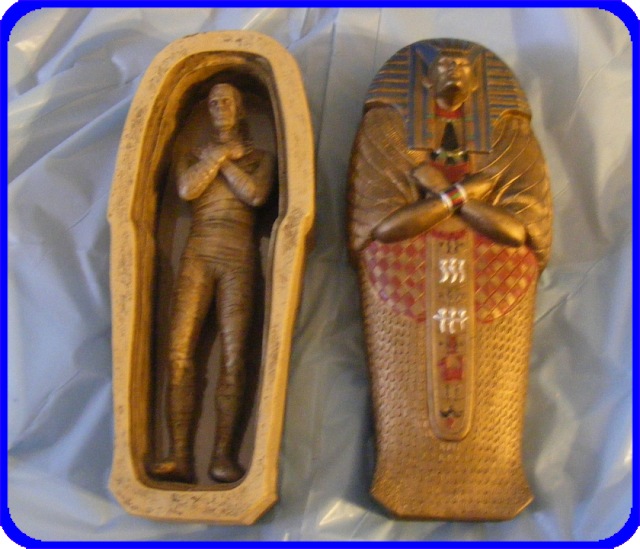 This figure comes with a sweet sarcophagus that the Mummy can fit inside of.  The figure is probably worth it more for this than for the actual figure itself. it's pretty cool. 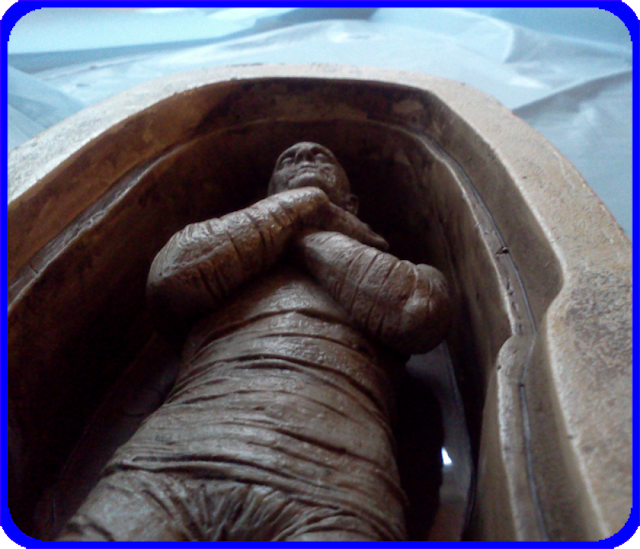 It's Boris Karloff as The Mummy!  The 1932 version of the Mummy is one of my favorite movies of all time, and this figure looks straight out of the movie.

I bought the figure on sale, and paid about $15 for him, including shipping.  So I think I got a good deal.