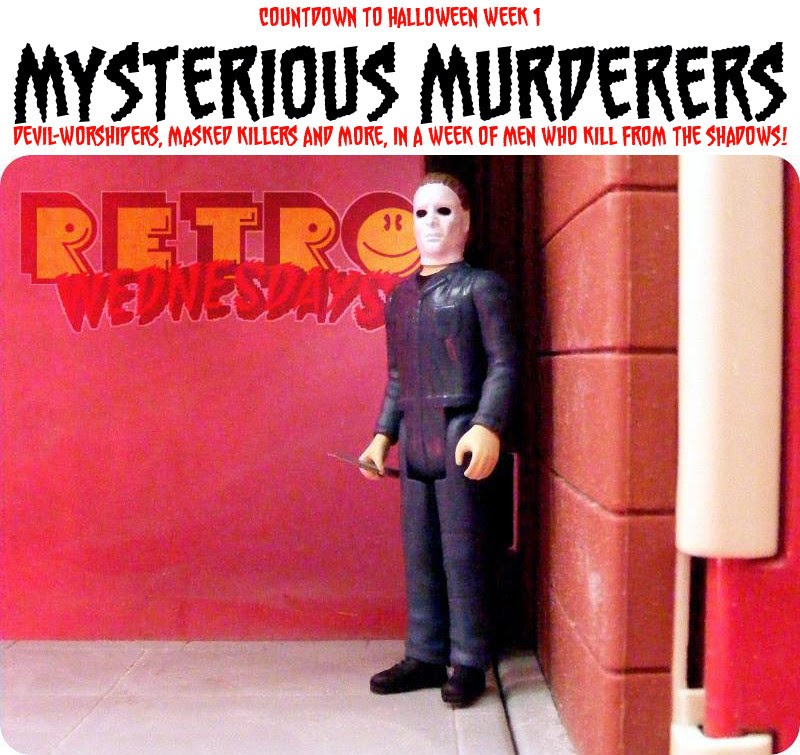 Hello and welcome to a BONUS Sunday edition of Retro Wednesdays!  For the Countdown to Halloween, I have more scary action figures to review than I can fit into my usual three days a week schedule, so you'll be seeing toy reviews pop up on other days as well.  Today I'll be looking at Funko and Super 7's ReAction figure of Michael Myers, from the movie Halloween. This is Michael Myers back when he was still a psycho killer, before he joined the cast of Saturday Night Live and made those Austin Powers movies (they are the same guy, right? I was never quite sure, because of the mask.).  Let's check him out after the break: 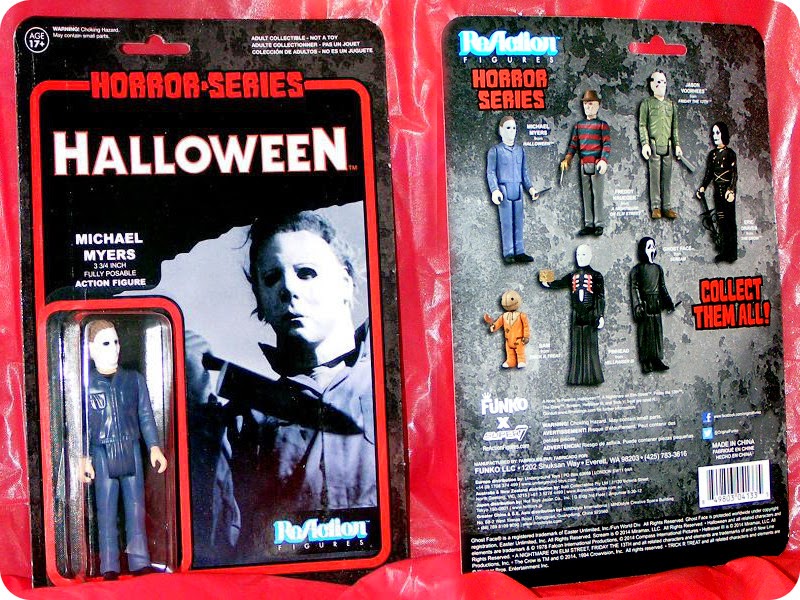 Michael Myers comes on a typical ReAction card, with a picture from the movie, as well as the "Halloweeen" logo on it.  This is part of the "Horror-Series" ReAction line, which is populated with characters from a variety of different horror movies. 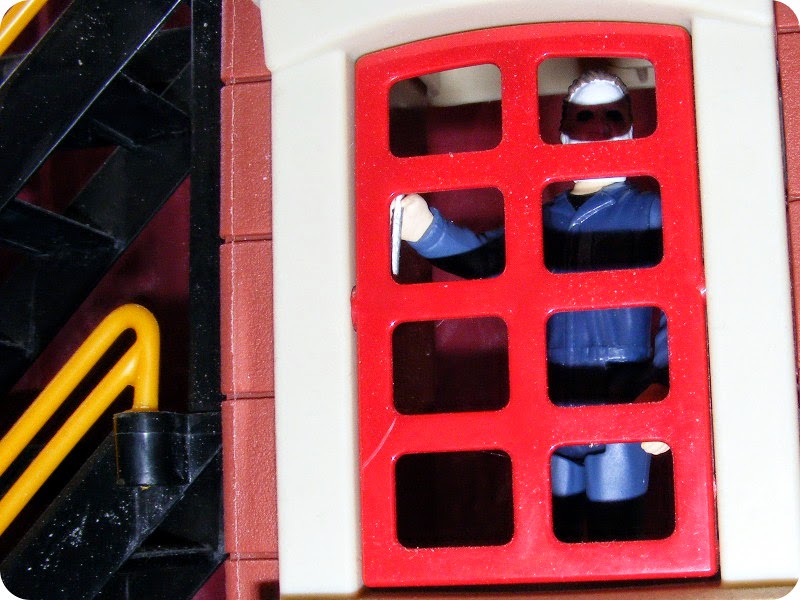 I've got to say, even with the simple Kenner style and 5 points of articulation, this figure is still super creepy looking.  It's so simple, yet so unsettling at the same time... I think it's because the facial sculpt is a lot more accurate and than on any of the other ReAction figures I've seen so far.  I guess that's because he's wearing a mask, so Funko didn't have to worry about the actor's licensing fees. 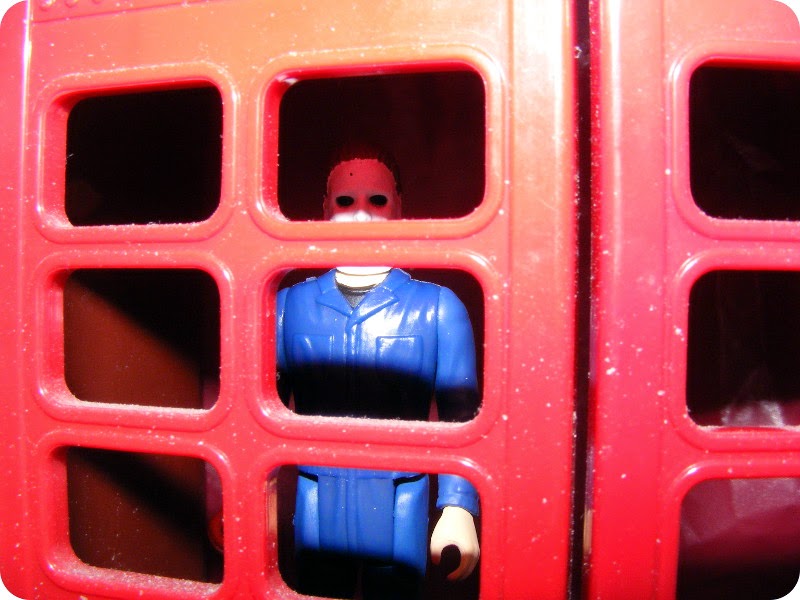 I'm not buying all of the Horror-Series figures like I am the Universal Monsters figures, instead I'm just cherry-picking the figures from my favorite movies.  That definitely includes Halloween, which I think is one of the greatest slasher movies of all time... probably second only to Alfred Hitchcock's Psycho.  And by the way, Funko?  Anthony Perkins as Norman Bates for the next wave of Horror-Series figures.  No need to thank me for the suggestion. Heck, we could really use a Laurie Strode figure as well.  For now, Sarah Connor is standing in for her in my photos. 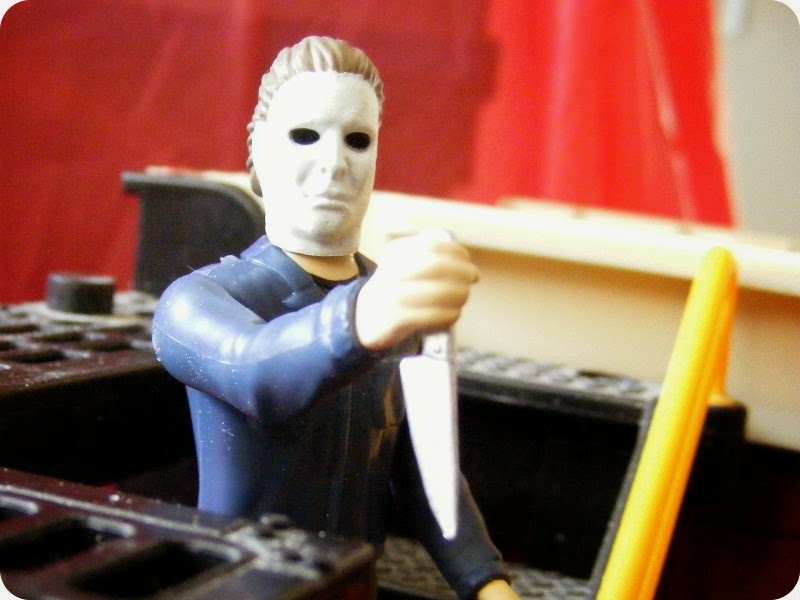 Alright,that's it for this Sunday edition of Retro Wednesdays, but check back later on today for another toy review, where I'll be reviewing The McFarlane Toys Phantom of the Opera Playset from the 1990s, which you might recognize from my review of the Phantom of the Opera and The Invisible Man ReAction figures from earlier this week.  Then come back on Monday, where I'll be kicking off Week 2 of the Countdown to Halloween.  Week 2's theme is THE DEAD SHALL WALK AMONG THE LIVING: Frankenstein Monsters, Mummies and Zombies Abound in a Week of Reanimated Corpses! 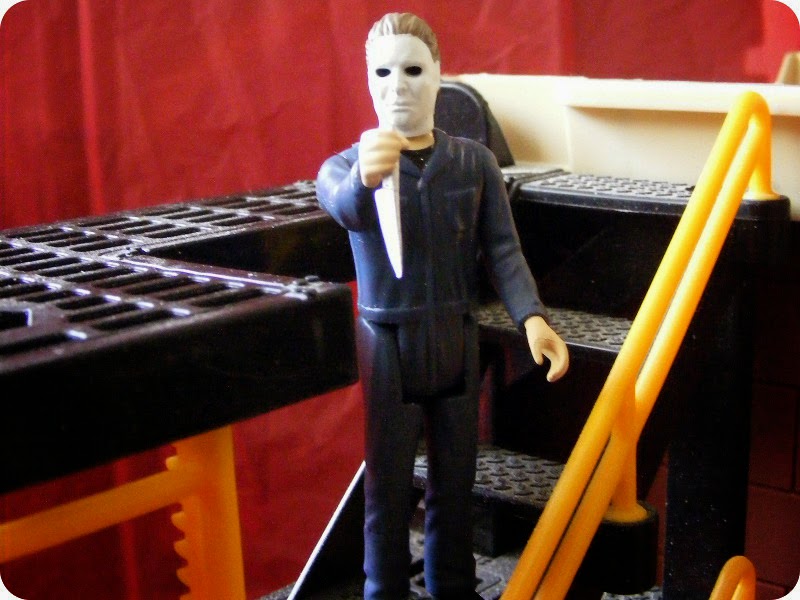 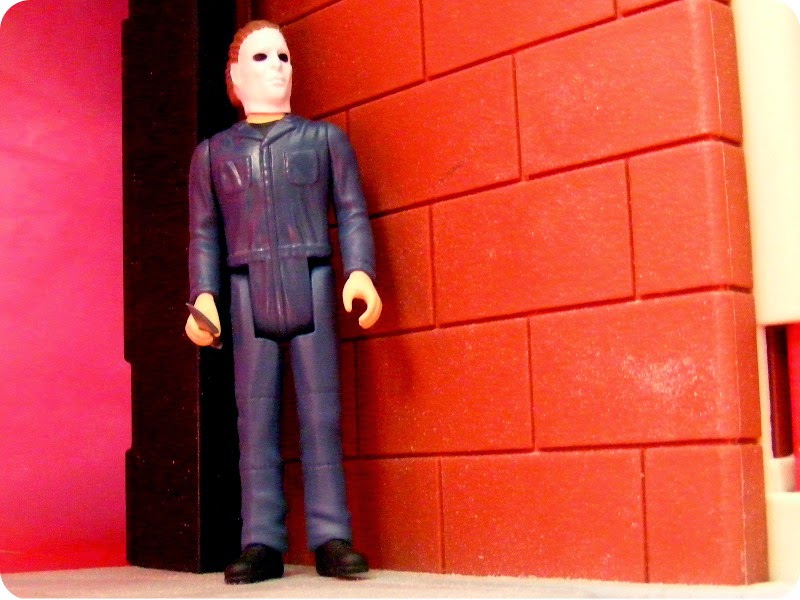 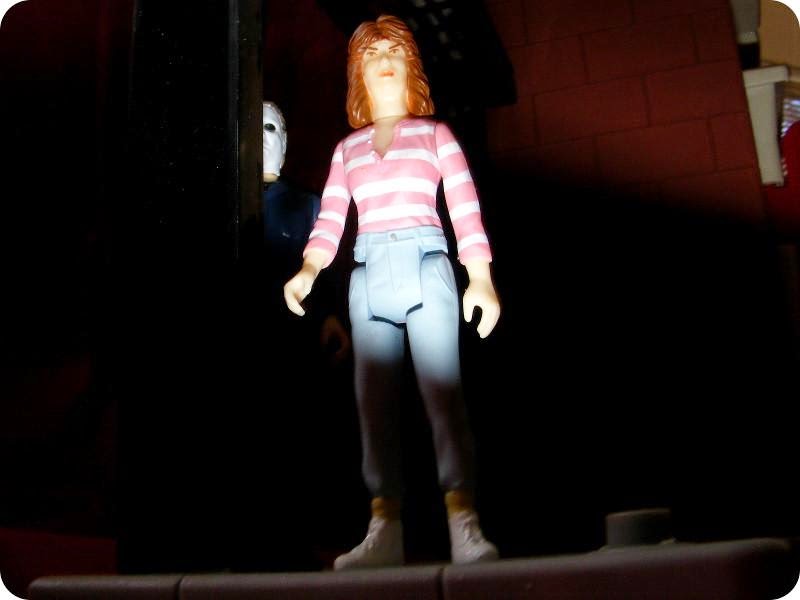 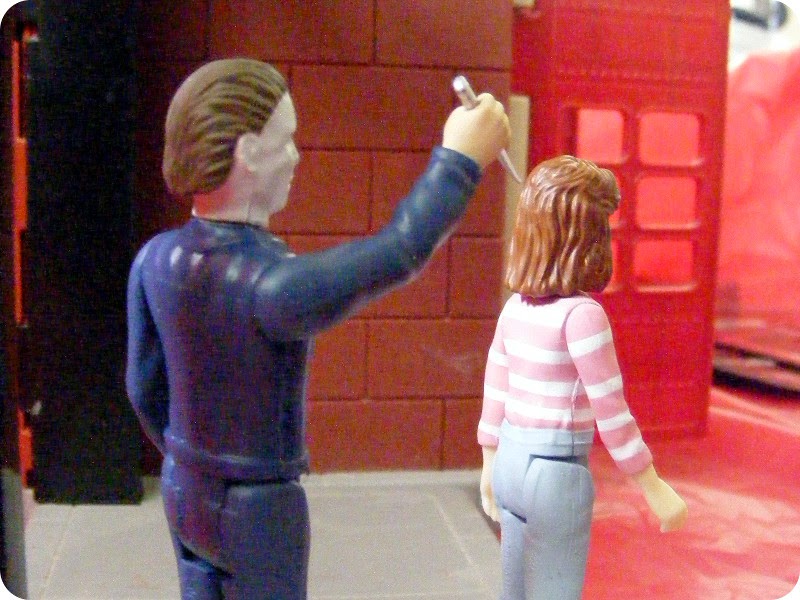 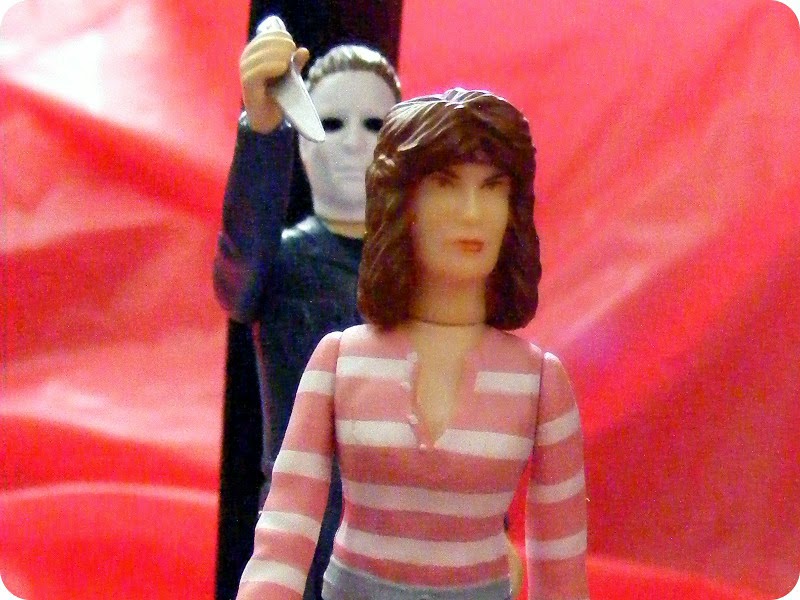 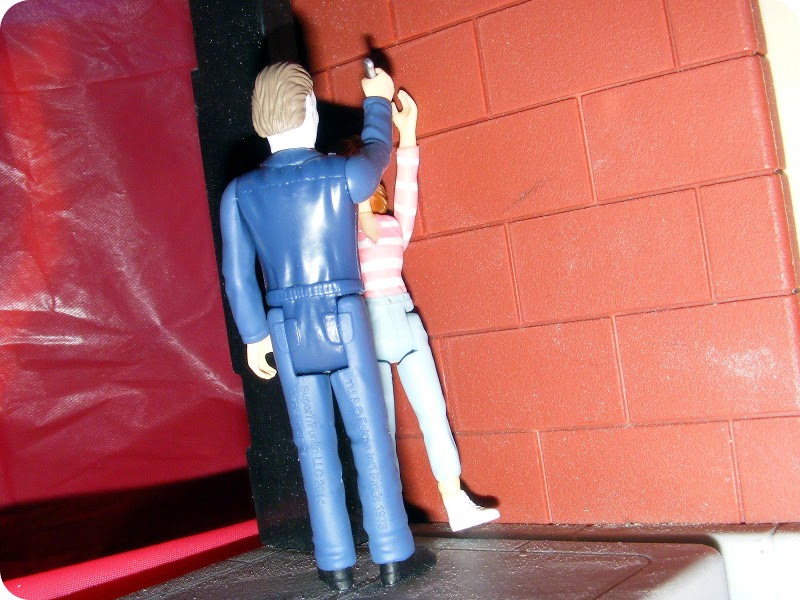 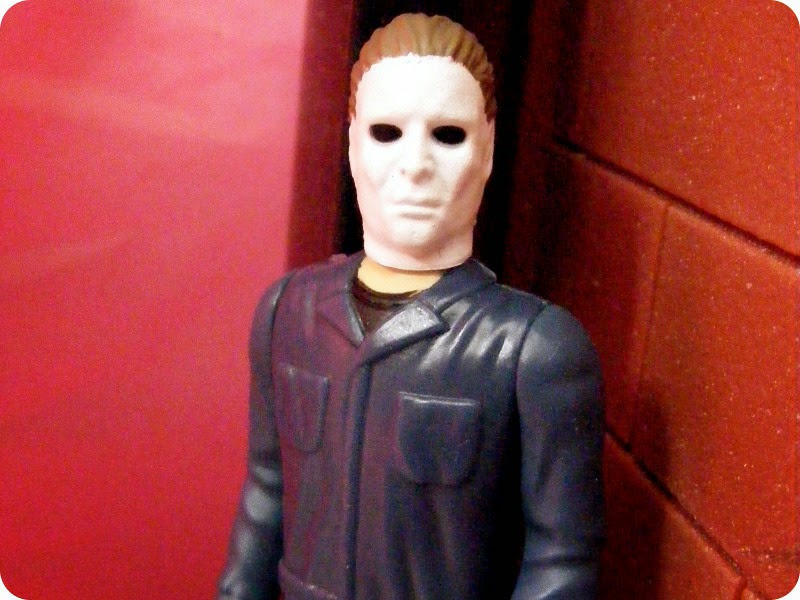 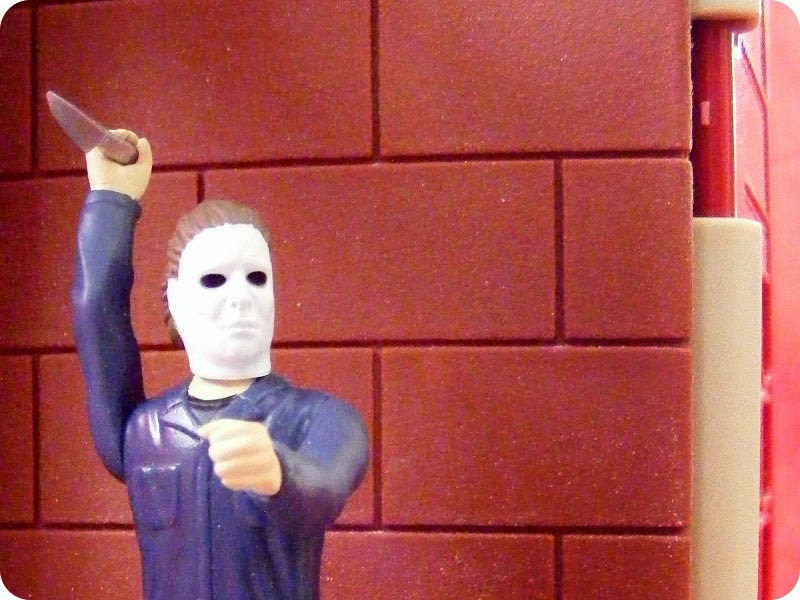