Last year, I did a series of posts for the Countdown to Halloween about horror movies and Halloween themed music from 1966, which I tagged as "Halloween 1966."  This post was originally supposed to be part of that, but I ran out of time on the countdown last year, and never finished it.  So I decided to dust it off, finish it up, and post it now, for this years countdown. 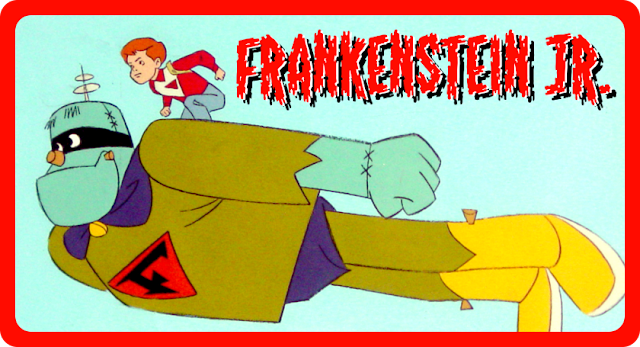 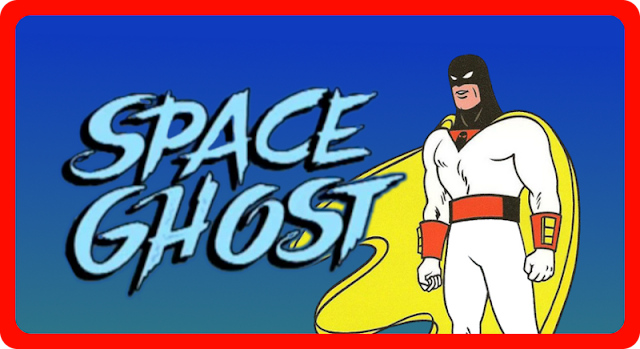 Like Frankenstein Jr., this is really a superhero show, not a horror one.  But, heck, it's got "ghost" right in the title, right?  Plus, Space Ghost did fight a variety of scary aliens, so the show did have it's share of monsters!

I think the closest thing to straight up horror it did was the episode "The Creature King," featuring a Doctor Moreau style mad scientist alien.  Check it out: 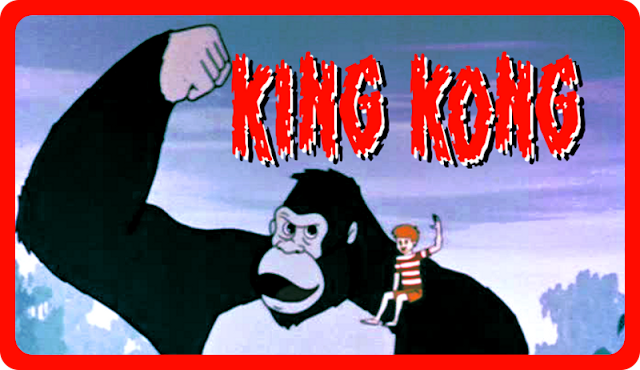 Here's another show that's more of an adventure show, and not really scary.  It's sort of like a poorly animated version of Jonny Quest.  But any show that stars King Kong, one of the greatest movie monsters of all time, has got to go on this list!  Plus, this show had a great theme song: 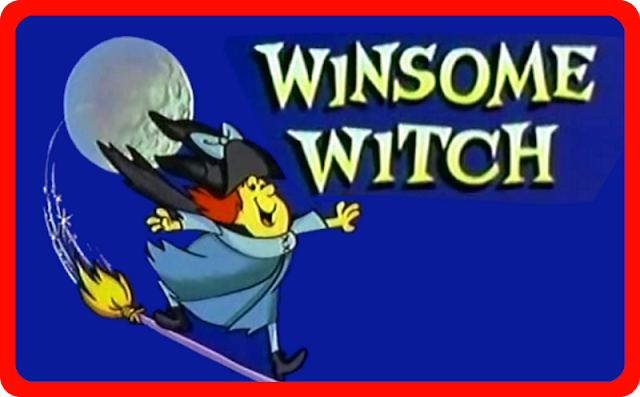 Winsome Witch was a cartoon segment of The Atom Ant/Secret Squirrel Show.  It followed the misadventures of a friendly witch who flies around on her broom getting into weird adventures.  It's a bit like I Dream of Jeannie crossed with Casper the Friendly Ghost.  Like most Saturday Morning Cartoons, it's not actually scary, but at least this one does have elements of the supernatural in it, so we're on the right track.  Here's the cartoon's intro: 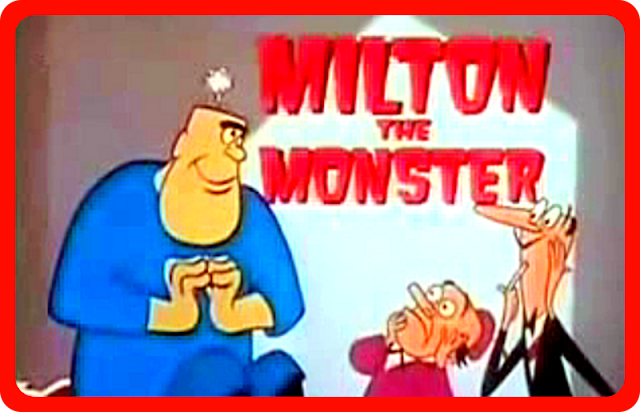 Milton the Monster was a friendly Frankenstein-type monster, who lived in the Haunted House on Horror Hill with his mad scientist father Professor Montgomery Weirdo, and Weirdo's gay husband (or maybe just his lab assistant?) Count Kook.  This show is full on comedy horror along the lines of the Addams Family or The Munsters, and is chock full of weird monsters, skulls, bats, and Gothic imagery.  This was the perfect show to warp the impressionable minds of the kiddies on Saturday mornings. 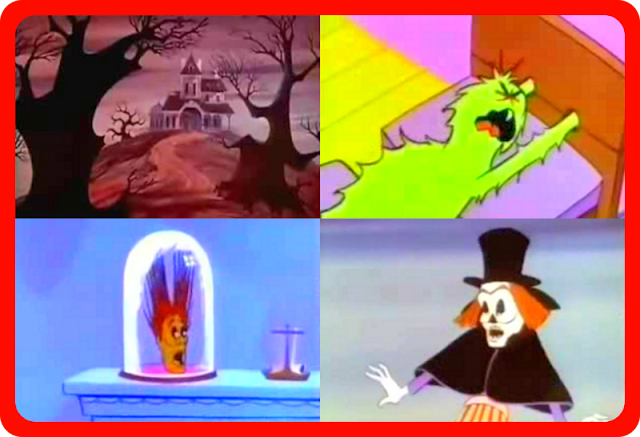 
AND NOW, CLICK BELOW TO REVEAL THE SCARIEST SATURDAY MORNING CARTOON ON THE AIR IN 1966! 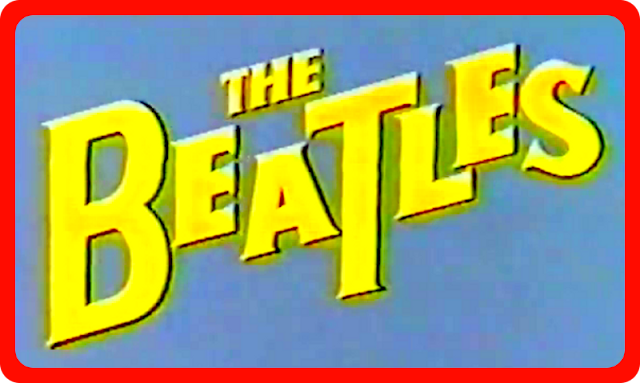 That's right!  The Beatles cartoon was the scariest cartoon on 1966 Saturday mornings.  Maybe because the producers of the show had no idea what to do with these guys when they weren't singing songs, but they constantly stuck them in weird and spooky situations.  In fact the very first episode of this cartoon features the Fab Four in a haunted house in Transylvania. 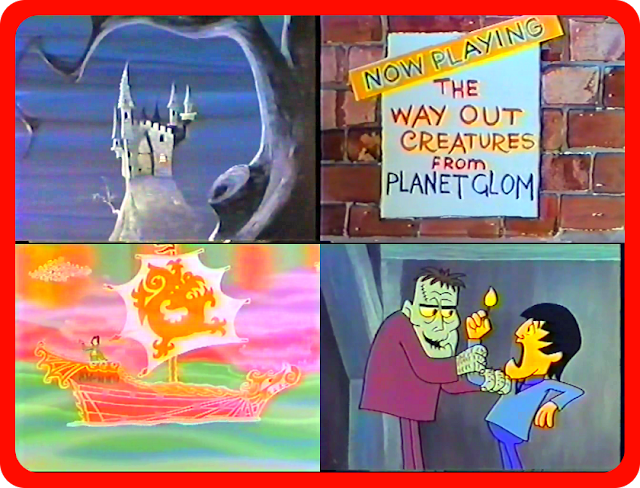 Check out some of these spooky episodes of the Beatles cartoon that were on the air in 1966: 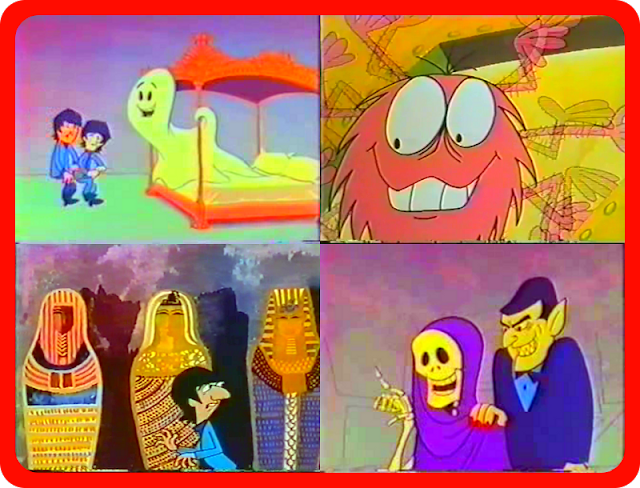 Pretty much all of the Beatles cartoons are available on YouTube!  Here's one for you to sample:


The Beatles Cartoon - Baby's in Black

Posted by Joshua Raymond at 4:16 PM