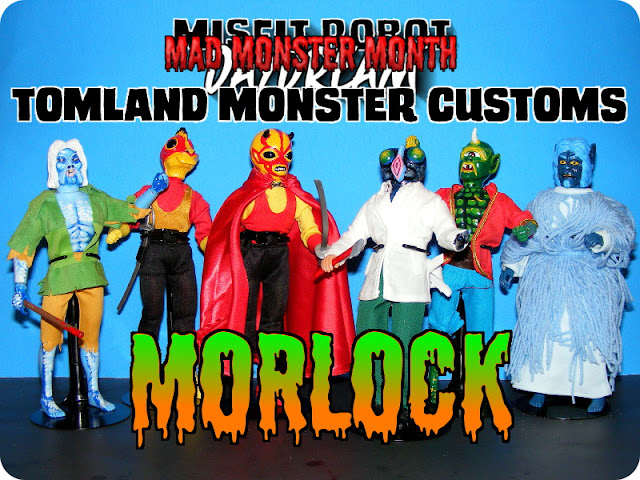 The Morlocks were a race of primitive, underground-dwelling cannibals from H.G. Wells novel "The Time Machine.  When I made this custom version of Tomland's Morlock, I drew my inspiration from the 1960 Time Machine movie more than I did the original Tomland figure.  I kept the yellow and green color scheme from the Tomland clothing though, using a Classic TV Toys repro Mego Robin Hood outfit that I cut up a bit. 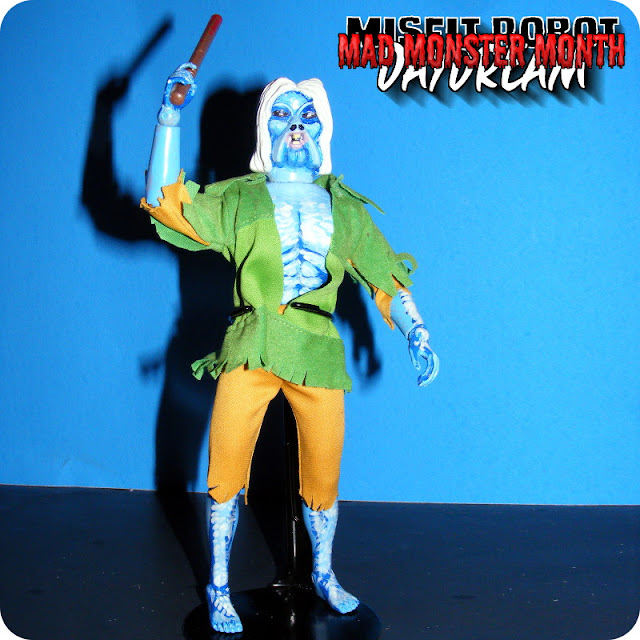 Unlike the original Tomland version, though, I DID NOT give the Morlock an ascot.  Although that would have put him into some swanky company along with Charles Nelson Reilly and Fred from Scooby Doo, it just didn't seem to suit a flesh-eating cannibal. 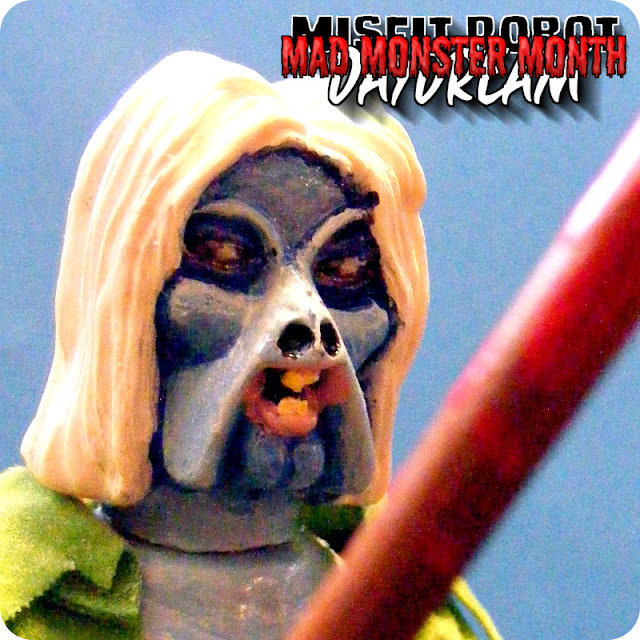 I also didn't give him a whip, which I didn't have, although that would have been cool.  Instead I gave him a blood-smeared wooded baton, which I like as well.  I thought about gluing some fabric or fur on his arms and legs to make his body hair, but I ended up just painting it on.


The Morlock appeared originally in Tomland's Famous Monsters line, and was later repackaged as a space alien named Bico for their Star Raiders line.  Read about both of them here (Famous Monsters) and here (Star Raiders).