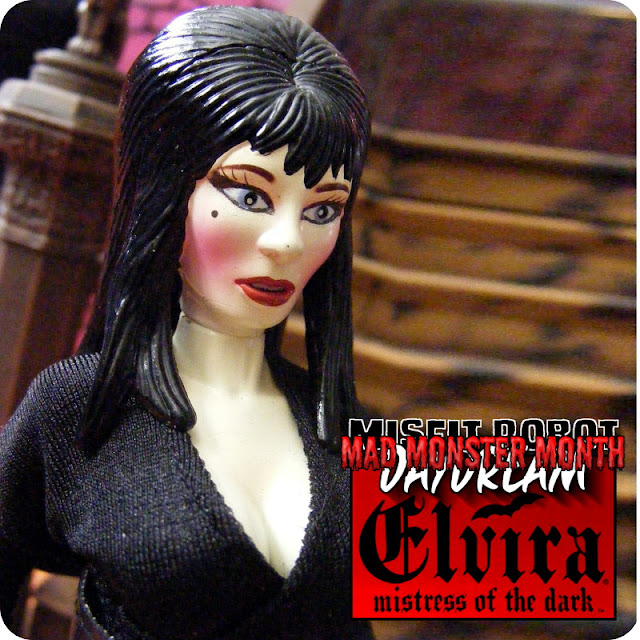 This Elvira figure is from the early days of Figures Toy Company, way back in 1998.  These days they are probably the top company making Mego reissue figures, and new figures in the classic Mego style, but back then they were just starting out in the action figure business.  I think Elvira was one of their first (if not THE first) character licenses.  There were two primary versions of their Elvira figure: the "regular" version, which I have here, and the "witch" version, which was basically the same figure, but it came with a witch hat and a broom instead of a chainsaw and a snake.  There were also all-white glow-in-the-dark versions of both figures made in limited quantities.

The articulation on this figure is not that great.  It has hinged elbows, and cut joints at the shoulders and hips, and that's it.  Nothing for the neck, hips, wrists, knees, etc...  She comes holding a chainsaw, and while I like it as an accessory, it's unfortunately attached to her hand.  Like I said, I like the chainsaw, but it would be nice to have as an OPTION, it's not something I would want her carrying around all the time.  I don't know if the "witch" version of this figure has it's broomstick permanently attached, but if it doesn't, it might be a better choice if you are looking to pick one of these up. 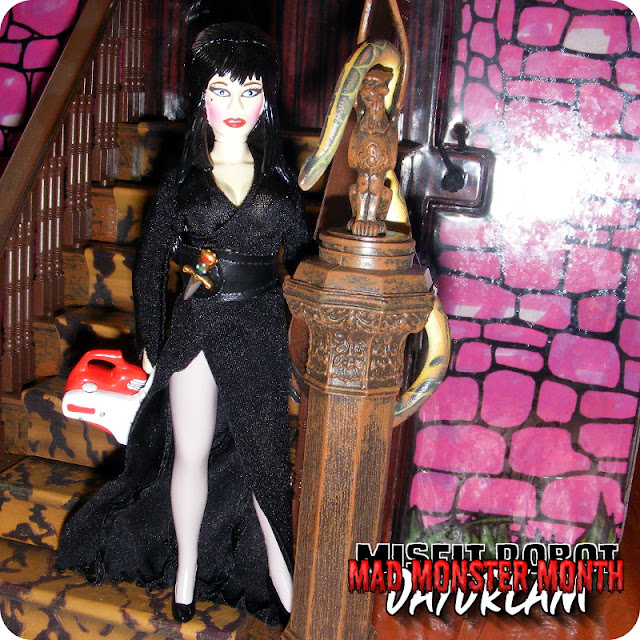 The facial sculpt and paint job are a little mixed.  From some angles and lighting conditions it looks really good and captures the likeness of Cassandra Peterson as Elvira, but from other angles or under different light it can look really awkward.  Look at my photos and judge that for yourself.

Even though it's not a perfect figure, I still like it.  I grew up watching Elvira's Movie Macabre when it was a local show on KHJ Channel 9 in Southern California.  Elvira was responsible for a great deal of my love of B-movie horror, and it's great having a figure of her to add to my Mego monster collection.

Ghoultown - Mistress of the Dark 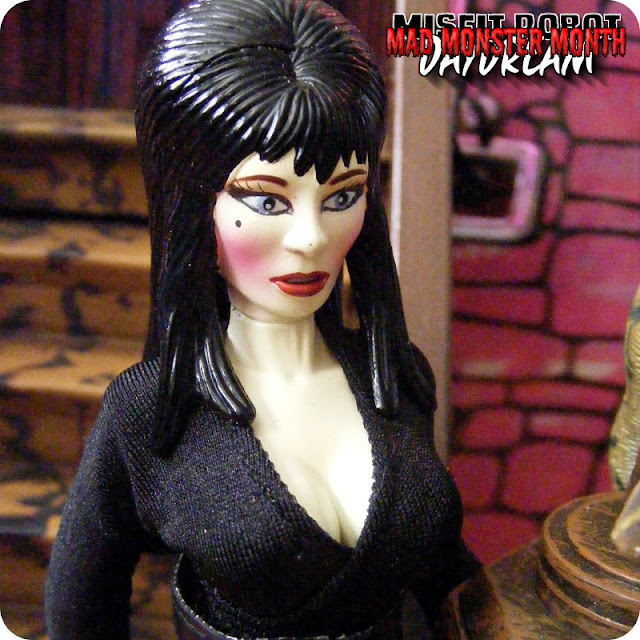 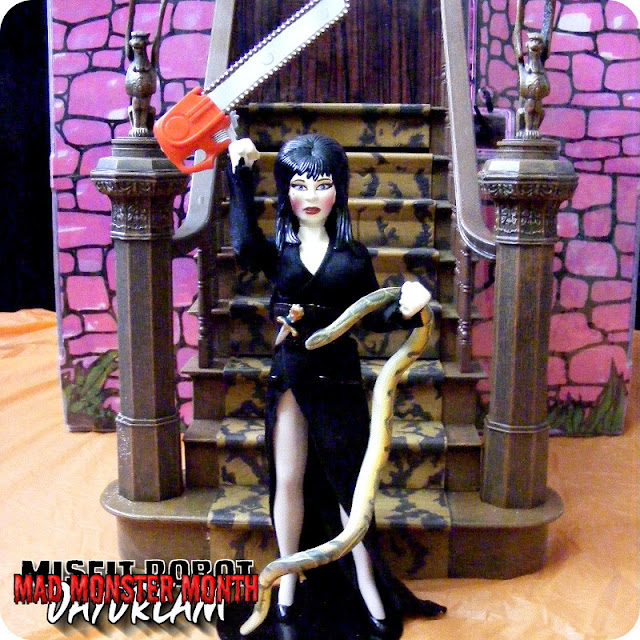 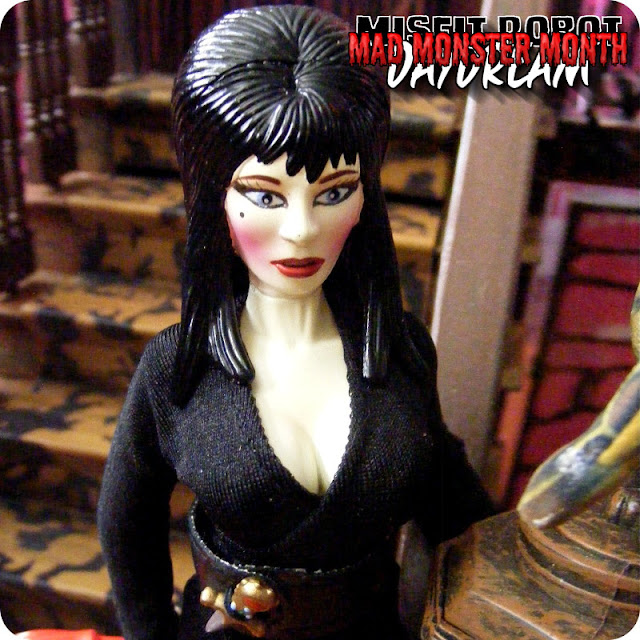 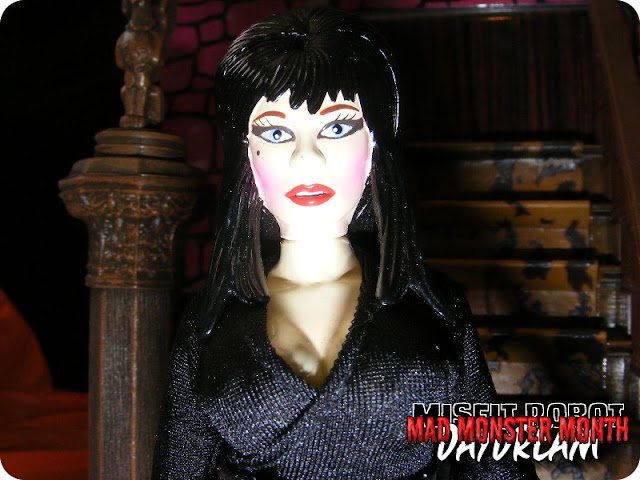 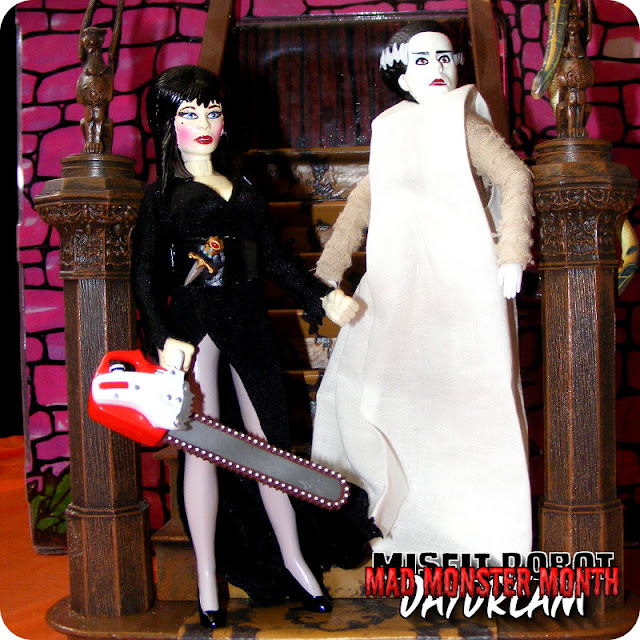