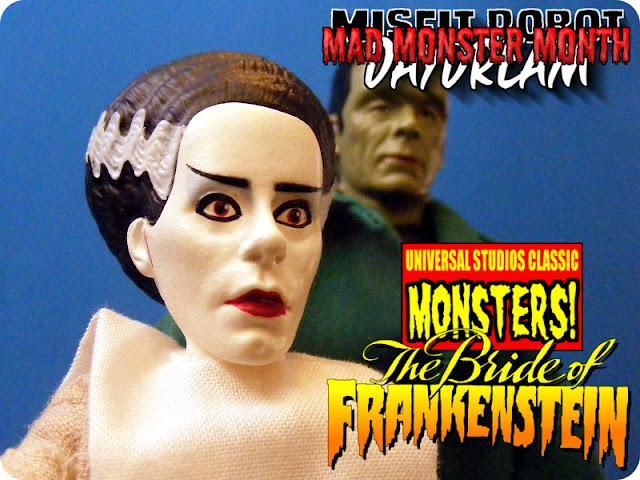 I first reviewed this Bride of Frankenstein figure in 2013, see my original review here:
http://misfitdaydream.blogspot.com/2013/01/diamond-selects-universal-monsters.html

Since I'm reviewing every other figure in this line this month, I thought I should revisit this one, as well.  I've taken some new photos of the Bride along with her mate Frankenstein's Monster, as I didn't own the Monster figure at the time of my original review.  I've also included a few photos from my earlier review. 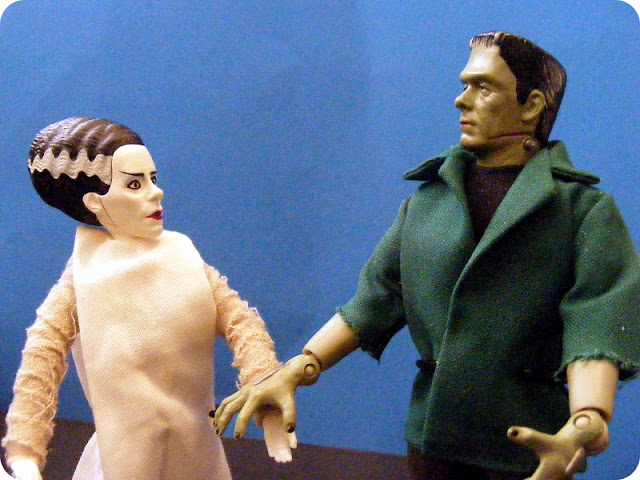 My review wasn't favorable, and now that I own all of the figures, I can safely say that it is my least favorite from this line. Which is a bummer, since The Bride of Frankenstein is my favorite Universal Horror movie.

My main objection to this figure was the face sculpt.  It doesn't look anything like Bride actress Elsa Lanchester, but even if they didn't have her likenesses rights, they could at least have given her an attractive face, even if it was a generic "pretty girl" face.  When combined with the Bride's makeup and hairstyle, it still would have read as The Bride.  Instead, we got this sculpt, which I described in my original review as a "horse face." 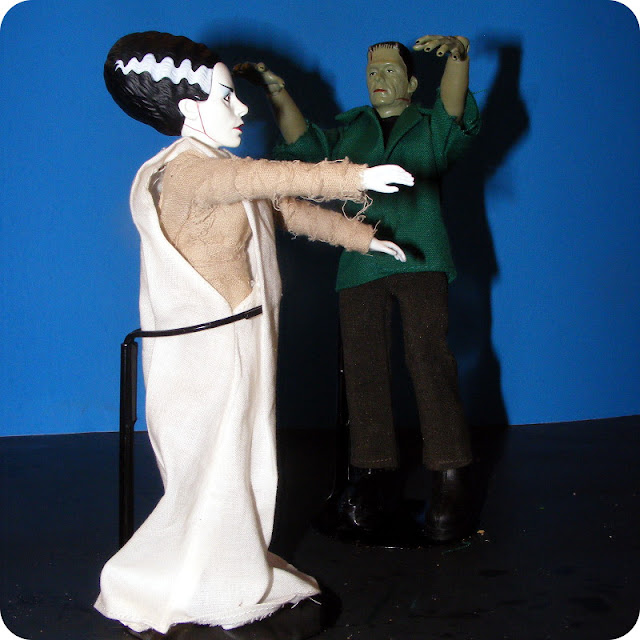 Elvira (with Fred Schneider from the B-52's!) - The Bride of Frankenstein 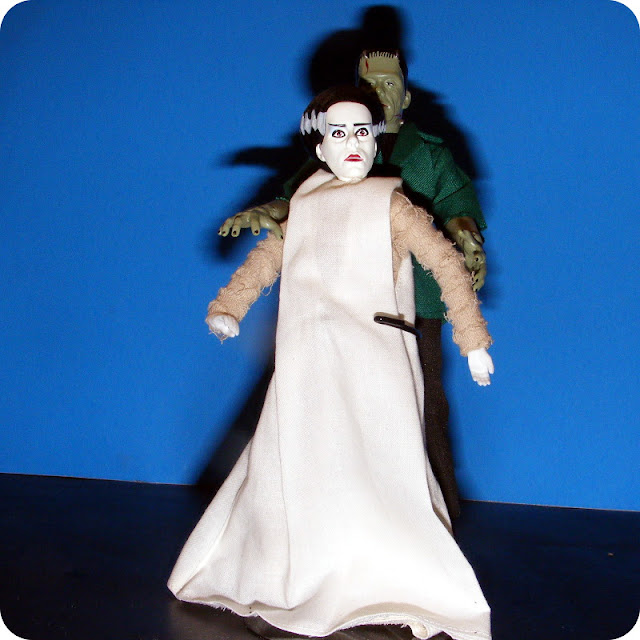 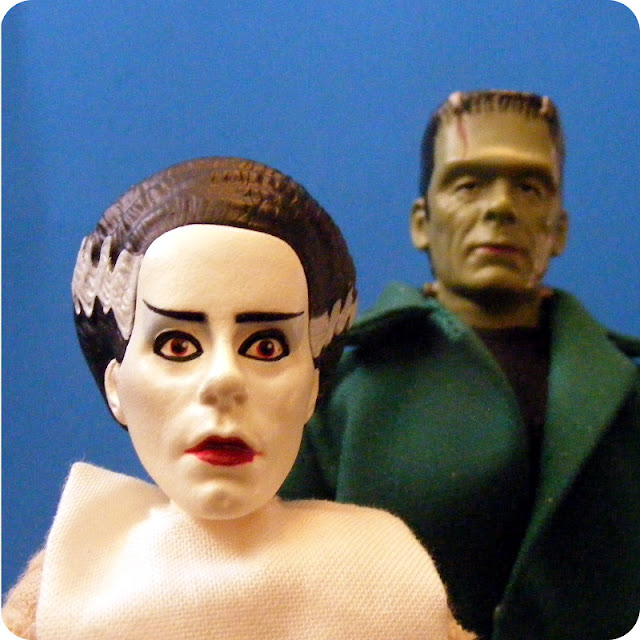 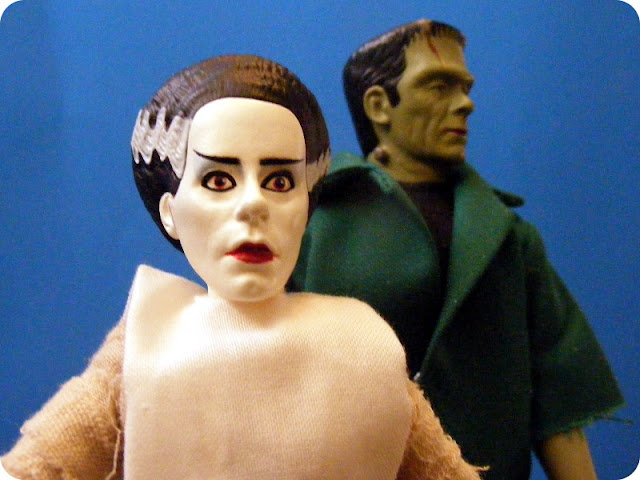 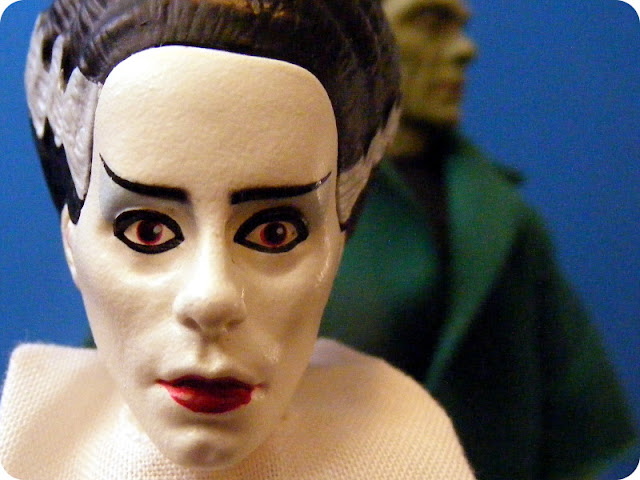 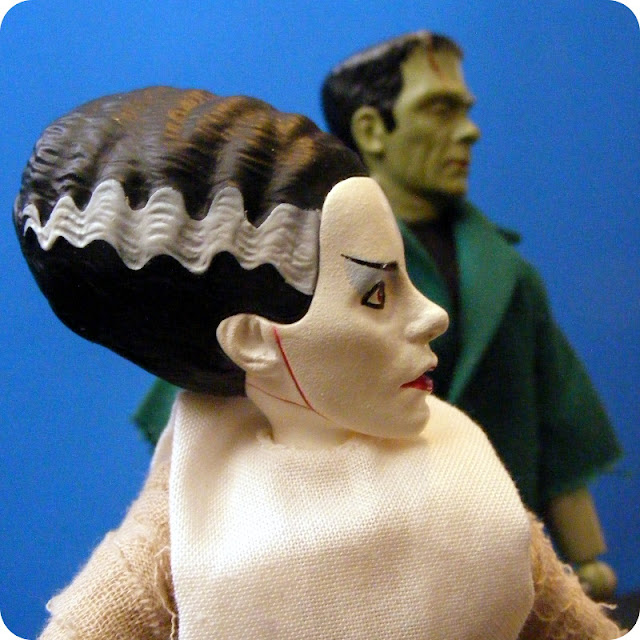 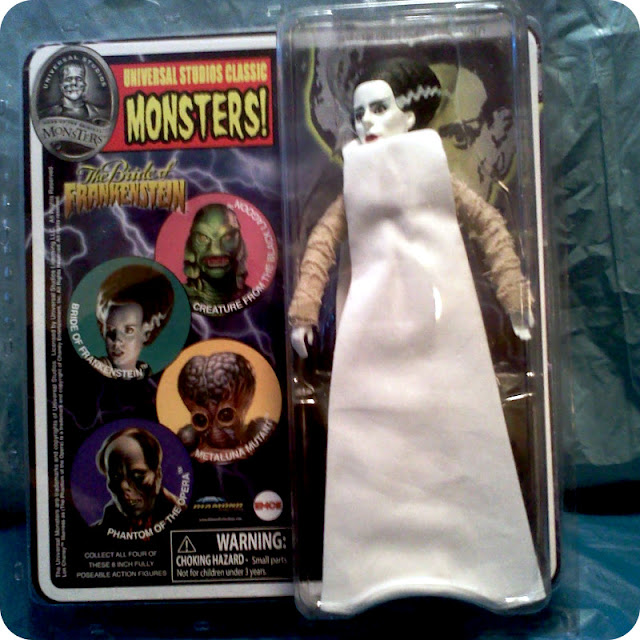 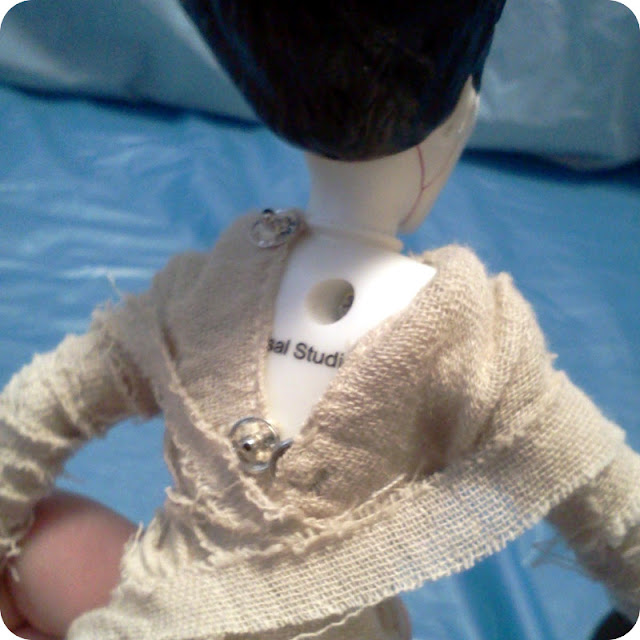 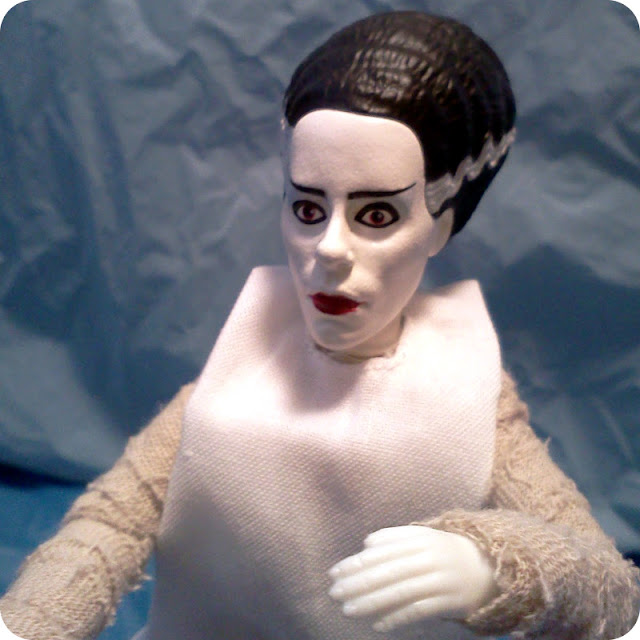