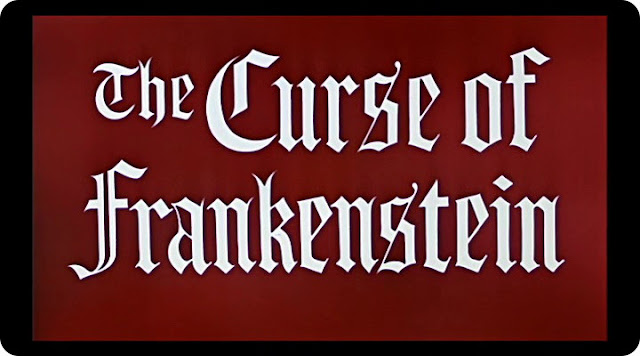 After having a great deal of success with the black and white hybrid sci-fi horror films The Quatermass Xperiment and X the Unknown.  Hammer Films decided to try their hands at full-fledged horror with "The curse of Frankenstein," their first color horror film.  The film took the classic Universal Gothic horror format and updated it with bright red blood and what at the time were shocking amounts of gore.  The film critics hated it, but the audiences loved it, and the age of "Hammer Horror" was born.  The Curse of Frankenstein spawned 6 sequels, and led the way to 9 Hammer Dracula films, 4 films starring The Mummy, and dozens of other monster and horror films on through to the 1970s.

The Curse of Dracula stars Peter Cushing as Baron Victor Frankenstein.  Victor Frankenstein is the real monster of this film and it's sequels, he starts off as a promising young scientist, but his obsession with his work leads him down a very dark path, and he soon finds himself committing unspeakable crimes to achieve his goals.  Cushing is great playing this character who is initially likable and sympathetic, but becomes increasingly cold and cruel as the film goes on.  Christopher Lee plays Frankenstein's Monster, and he does a good job with what he's got to work with, but this version of the Monster is not given any emotional depth in the script the way Karloff's Monster was, he's pretty much JUST an angry violent, animal-like creature.  Unlike the Universal Frankenstein movies, which had the Monster returning from film to film, and had people like Frankenstien's son or grandson continuing his experiments, the Hammer films had Peter Cushing return as Victor Frankenstein, and each film would give us new monsters.


This film, along with the films that followed it, helped to repopularize horror films for a new generation of fans, and is a must-see for any fan of classic horror.


MORE SCREENCAPS AFTER THE BREAK... 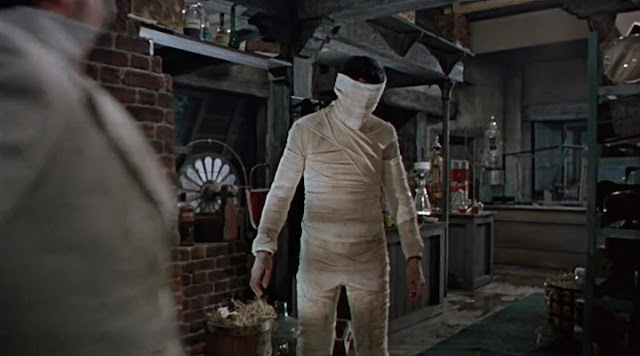 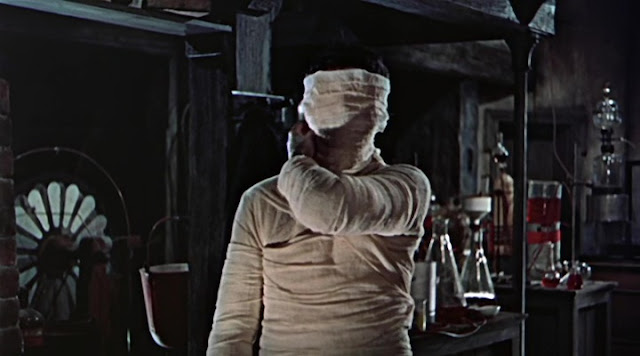 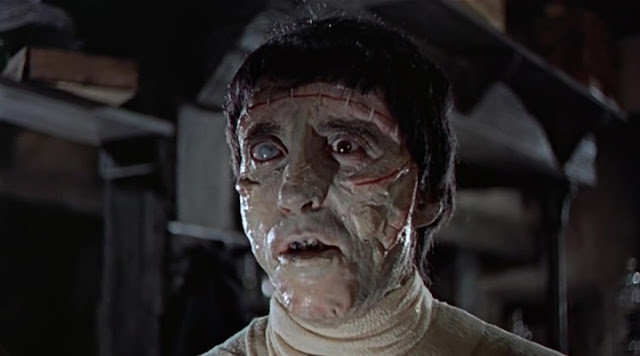 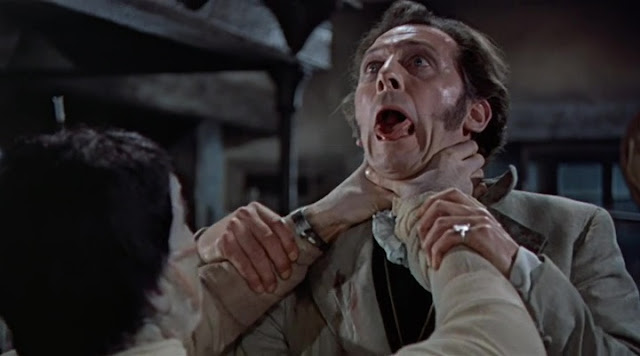