The Wolf Man is what I would consider to be more of an average, middle-of-the-road Universal Monster movie.  It's a good movie, don't get me wrong, but it lacks a certain pizzaz that most of the other Universal Pictures do.  I think it's because the monster itself lacks any personality.  The Wolf Man monster doesn't have the tragic lovesick sadness of the Mummy, or the gleeful madness of the Invisible Man.  The Wolf Man is more like a rabid dog, without any glimmer of the man underneath poking through.


The film also had a missed opportunity to add suspense.  Throughout the film, the notion that werewolfism is a psychological condition is brought up by various characters.  Lon Chaney Jr., who plays the Wolf Man, often wonders if he is really a werewolf or if he is going mad.  But the film shows us his transformation into the creature early on, which greatly undercuts the tension.  The audience knows he is a monster, even if he doesn't.  Interestingly enough, every scene with the Wolf Man shows him wearing the same outfit, with a dark button up shirt.  But Chaney's never wears those clothes before he transforms until his final transformation in the movie.  It makes me wonder if the filmmakers had originally planned to save the reveal of the Wolf Man until the end of the movie, and then this was changed sometime late in the production process.

Another problem is that Lon Chaney Jr. always seems a bit awkward and out of place when he is in human form.  Chaney plays Larry Talbot, who after spending time going to school and working in America, is returning to his ancestral home of Talbot Castle in England to help his father, Sir John Talbot (played by Claude Rains) manage the castle.  Chaney is a big, tall, almost lumbering presence, with an almost goofy American personality.  Rains is short, thin, and a dignified Englishman.  It's really hard to believe that the two are father and son.

Chaney does do a good job playing Talbot's panic and fear, though.  You do believe he is truly distressed about the idea of turning into a werewolf and killing people.  The film also has some nice sets and cinematography, and a fun cameo from Bela Lugosi.  So even with it's flaws, it's still an enjoyable picture, and a must-see for fans of Universal Horror movies.


MORE SCREENCAPS AFTER THE BREAK... 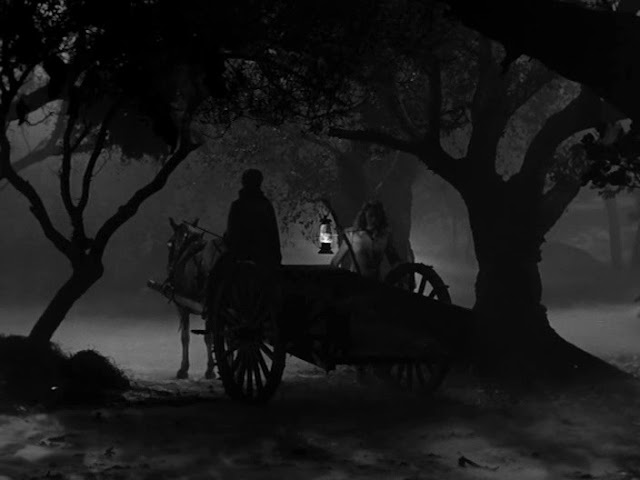 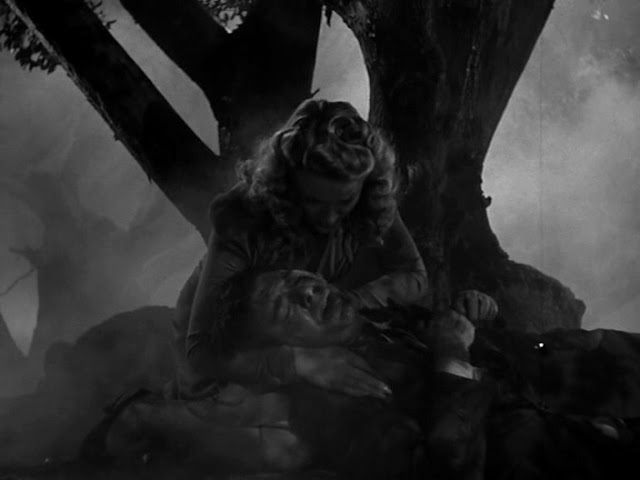 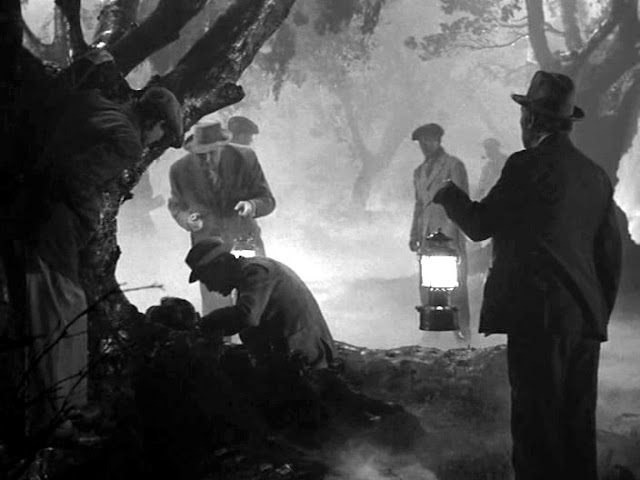 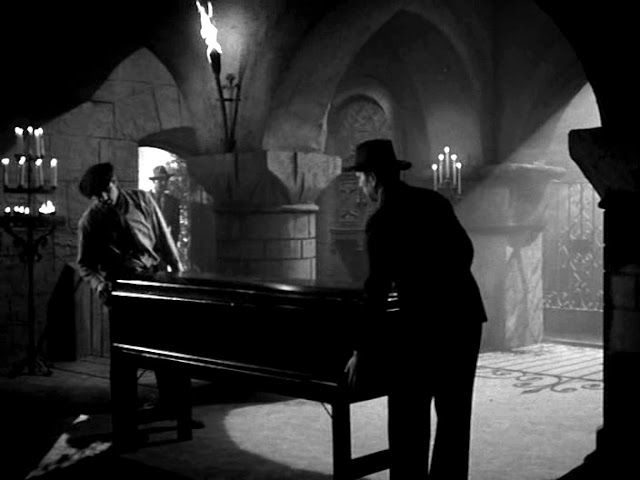 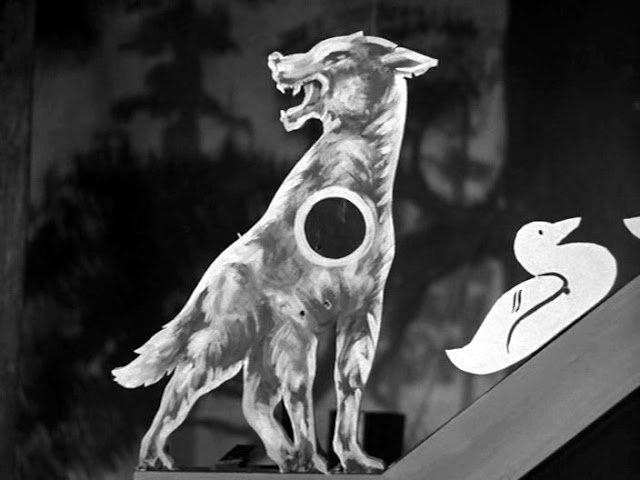 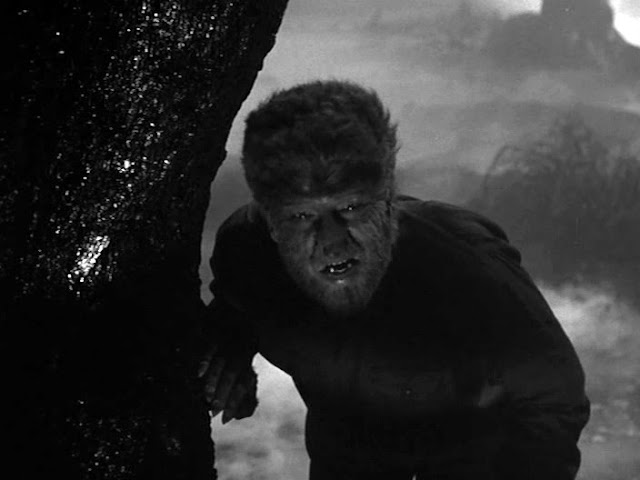 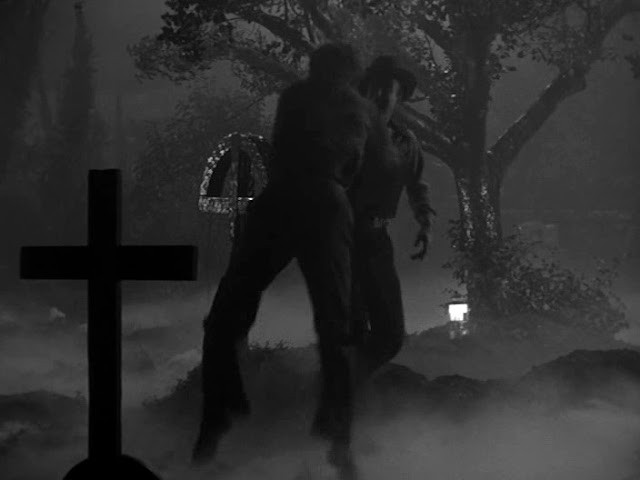 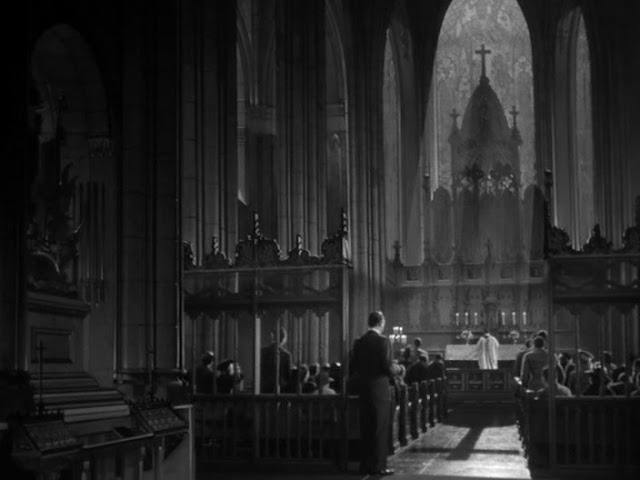 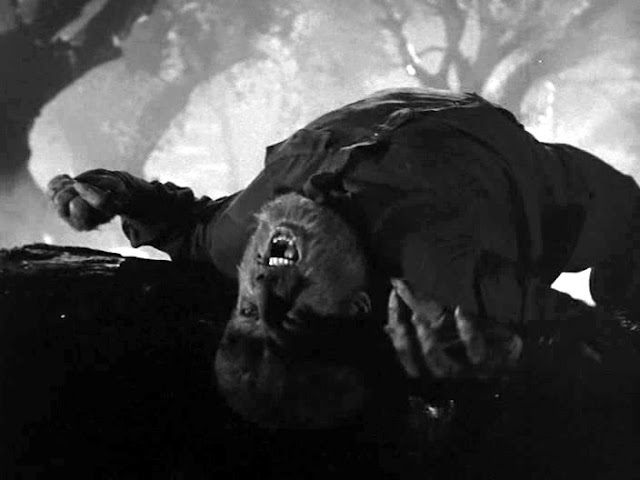 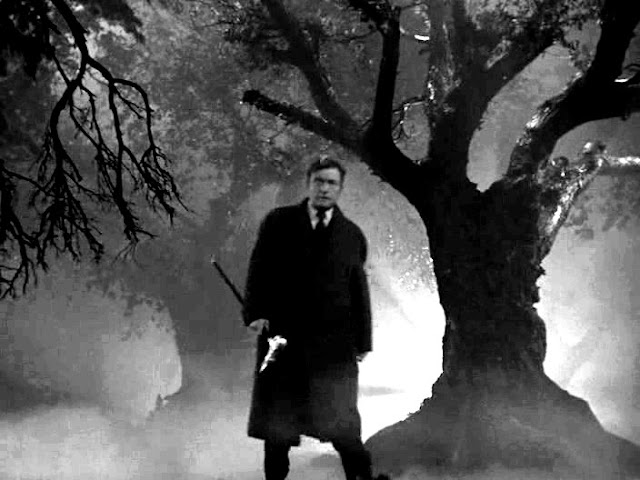 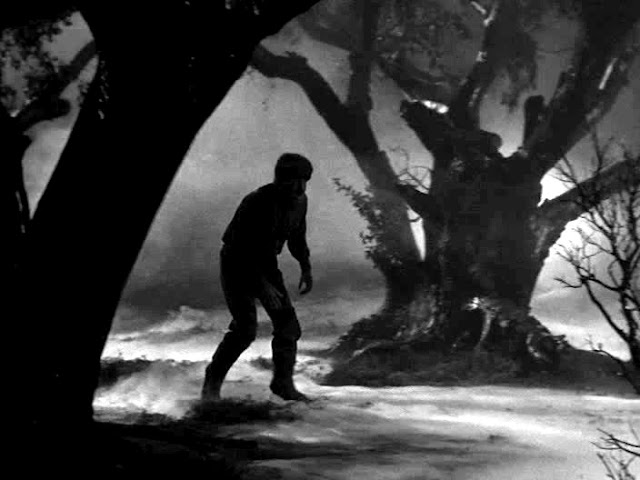