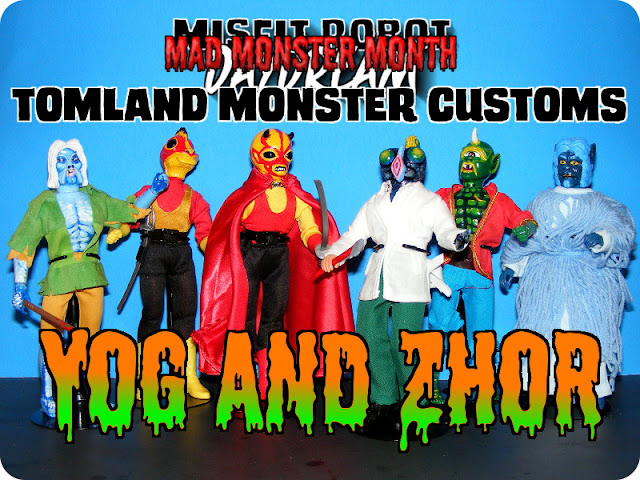 Yog and Zhor were Tomland space aliens that originally appeared in the 1976 "Creatures From Other Worlds" line to cash in on Star Trek and then later as "Star Raiders" to capitalize on the success of Star Wars.  Yog is the fellow with the muppet-like fish-face, and Zhor looks like a "grey alien" with horns.

They both had red and yellow outfits on the original figures, so I thought it would be fun to make them a matching set, and just flip the red and yellow between the two figures.  I gave them both swords and imagine them as space pirates, with fish-boy Yog as the first mate, and horned alien Zhor as the captain.  Sort of like evil alien versions of Gilligan and the Skipper.


Believe it or not, I could not find any songs written about Yog and Zhor, the alien Star Raiders.  However, here we have the song "Zor and Zam" by the Monkees, which plays as they return a sentient alien marijuana plant to it's flying saucer.  So... close enough?

More photos after the break... 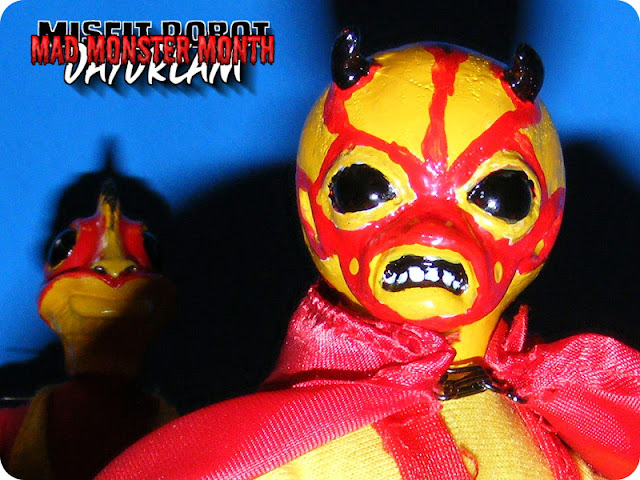 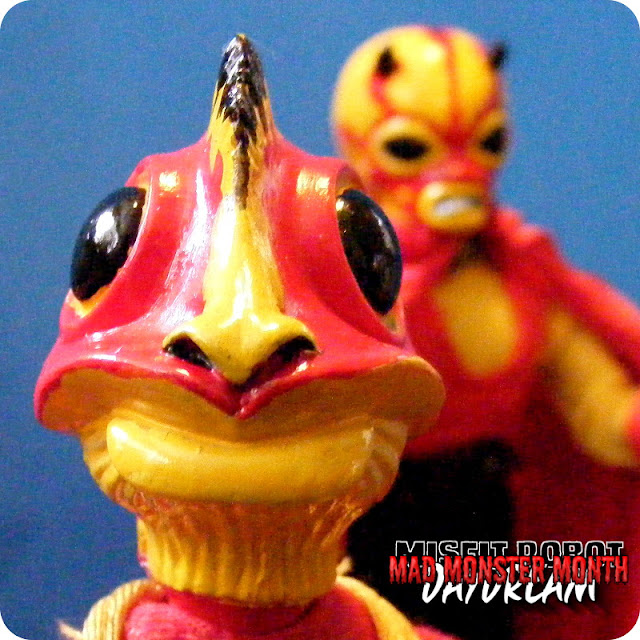 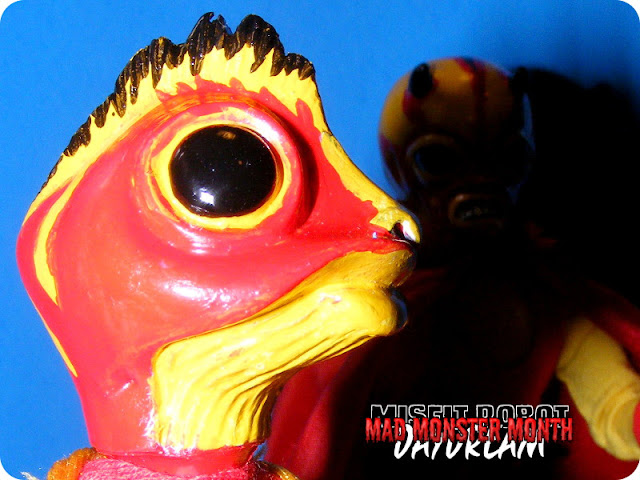 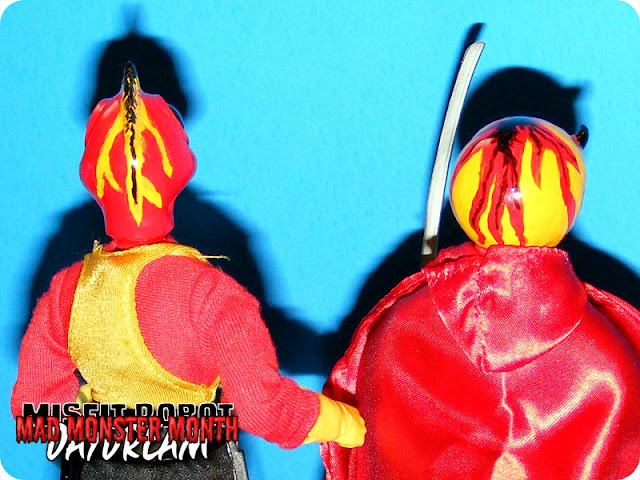 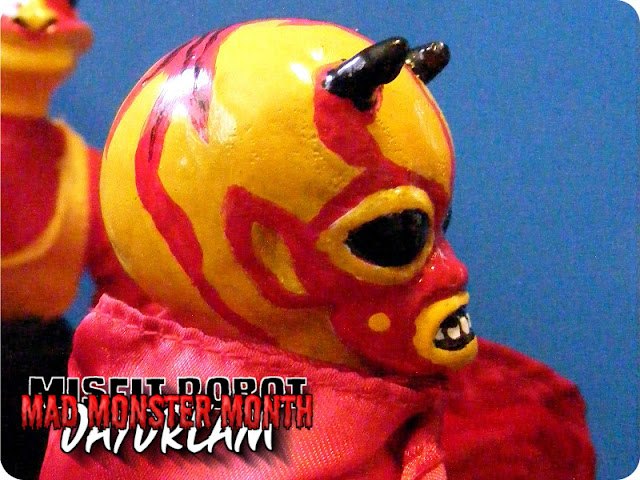